Former Independent TD for Mayo says ‘virus is lurking, it is menacing and it will pounce’ 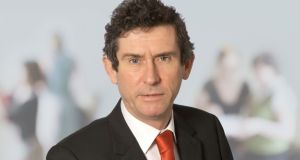 Dr Jerry Cowley: “There are older people who still have not come out of their houses because they are scared out of their wits.”

Mulranny GP Jerry Cowley had two patients at his surgery recently who caused him a bit of concern. The pair, who were cycling the greenway from Achill and had fallen off their bicycles, were from New York. He did ask if they had been quarantining but wasn’t too clear how rigorously they had obeyed the rules.

“When people arrive at your door and they are all bloody, what can you do?” he said.

The former Independent TD for Mayo is very worried about a second wave of the virus.

“I am dreading winter and I hope to God there is a vaccine because we will all have the central heating on and that will make people more prone to sickness. The virus is lurking, it is menacing and it will pounce.”

While the community doctor thinks the majority of Irish people have been “wonderful” in how they have responded to the virus, he said there are always a few who don’t like to be told what to do “and can be aggressive if you do tell them”.

One worry is that even if there is a vaccine some“stupid stupid people” will refuse to have it.

“There are people who have a fetish about vaccines, even the flu vaccine and they don’t care if they put other people at risk by not having it. Mostly they are so-called intelligent people who will bowl you over with their stupidity.”

Dr Cowley has a bird’s eye view of the throngs of tourists who have descended on this part of the Wild Atlantic Way in recent weeks, just as many as in previous years, and many of them driving UK-registered cars. He said tourists are “as welcome as the flowers in May” as long as they stick to the rules about social distancing and masks.

If he has noticed a “complacency” setting in among young people, the opposite is the case with his older patients.

“There are older people who still have not come out of their houses because they are scared out of their wits.”

Its an observation made by several GPs including Co Roscommon-based Dr Greg Kelly who said some of his older patients are anxious “almost to the point of being obsessed”.

Based in Castlerea, he is also impressed with how people in the community have adhered to restrictions and guidelines, with masks now commonplace.

A GP for 40 years, he said one of the by-products of the Covid crisis is that telemedicine has come into its own in just a few short months. He has been emailing photographs of rashes and skin blemishes to consultants who decide very quickly if further investigation or treatment is necessary.

“Hitherto these patients might have had to wait months or even years to be seen.”

Dr Kelly said he can understand why the Government stalled the reopening of pubs but believes that in counties where the reproduction number is less than one, licensed premises should be allowed to open “as long as there is strict monitoring and the threat of immediate closure if social distancing is not observed”.

“I do think that in rural areas there are people whose only outing is to the pub and the church, and the closures are causing depression. We all need a bit of company.”

Phone and video consultations became the norm for GPs working at the Carrick-on-Shannon medical centre once lockdown started and patients who do attend the surgery must telephone from their cars before being seen.

“Before Covid I was doing 30 to 35 consultations a day but now it’s down to eight,” said Dr David Greene. He estimated that about 25 per cent of the workload is face-to-face rather than remote or phone consultations. Two of his partners are in the at-risk category because of their age so they don’t attend surgery and do remote consultations only.

Dr Greene pointed out that a lot of minor illnesses such a respiratory issues have plummeted because people are not socialising. This is especially notable among children with for example very little croup around, something that doctors expect to change once the schools and crèches are up and running.

It can be mentally demanding to make a diagnosis if you can’t “eyeball” a patient, according to Dr Greene.

“With children especially, seven times out of 10 when they walk in the door with their mother or father you can immediately spot something like shortness of breath.”

He said that most people in the community are very responsible when they are out and about and try to avoid coming too close to older people.

Dr Greene believes the onus will be very much on the older population to keep themselves safe this winter to the extend that some form of cocooning will be inevitable .

“If schools reopen and I think they should, and if the virus starts to circulate, I don’t know if locking down the whole country again will be an option. It’s hard to see how there would not be some form of cocooning even if it’s not called that, but I think the onus will be on older people to distance themselves from others.”