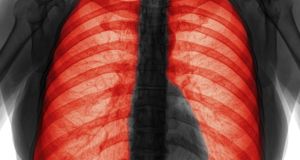 Respreeza is being provided through a compassionate-use programme. File photograph: Getty Images 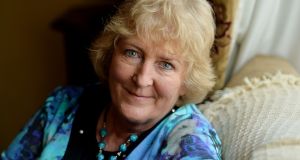 Orla Keane from Maynooth, Co Kildare, a recipient of the emphysema drug: as a result of the drug, she has a highly active lifestyle. Photograph: Alan Betson

More than 20 Irish patients with severe lung disease are facing the removal of a “life-changing” drug within weeks following its rejection by the HSE on cost-efficiency grounds.

The patients, who have genetic emphysema, are due to see their use of Respreeza – provided through a compassionate-use programme – end in two weeks, the deadline set by the manufacturer, CSL Behring.

Most have been on the treatment for up to a decade and fear a rapid deterioration of their condition if it is no longer available.

An application to have the treatment, which costs more than €100,000 per patient, provided for free in the Irish health service has been rejected by the HSE drugs group.

The decision has to be confirmed by top officials in the HSE management team shortly, but is unlikely to be reversed unless the manufacturer offers a price reduction.

“We were very clear that Respreeza does not offer value for money at the current offering,” said Dr Michael Barry, director of the National Centre for Pharmacoeconomics (NCPE) and a member of the drugs group. The drug didn’t impress” in clinical trials, he added.

The same group failed to approve another drug used to treat cystic fibrosis, Orkambi; but in this case, it decided to refer a decision on reimbursement to the HSE management team without making a recommendation.

The patients on Respreeza have alpha 1 antitrypsin deficiency – also known as alpha-1 – a hereditary condition that is unusually common in Ireland.

Many were put on clinical trials from 2006 and, when these ended in 2010, a compassionate-use programme.

The company has said it will end the programme, but has repeatedly delayed the execution of this threat.

An additional 40 patients who were diagnosed after the trial ended are waiting to be put on the drug.

Research suggests 3,000 people have alpha-1 in its most severe form; about 12,000 have a moderate deficiency and up to 250,000 people have a milder form of the condition with an increased risk of lung disease, particularly if they smoke.

The Alpha One Foundation, which runs a HSE-funded screening programme for the condition in Beaumont Hospital, Dublin, says the treatment has been “life-changing” for patients.

It says the data supports the cost-effectiveness of the drug and its “clear and persistent treatment benefit” leading to greater life expectancy and a reduced need for lung transplantation.

The NCPE estimated it would cost €37 million over five years to provide Respreeza to affected patients.