Pharmacist admits dispensing painkillers not in accordance with prescriptions 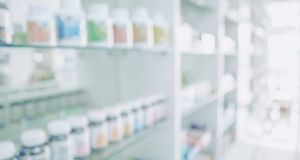 A pharmacist has admitted that his dispensing of addictive pain killers and other prescription medications to patients was not in accordance with their doctors’ prescriptions.

Michael McCormack of Leighlin Pharmacy in Co Carlow was also found to have kept inadequate records of the drugs he supplied with hundreds of tablets found to be unaccounted for.

A fitness to practise hearing by the Pharmaceutical Society of Ireland (PSI) heard he had kept controlled medications outside of secure settings and that he kept a storage fridge in a staff toilet.

Mr McCormack admitted professional misconduct regarding a failure to ensure prescription drug sales were supervised by a registered pharmacist.

He also accepted that six other allegations against him amounted to poor professional performance. The four person committee is now considering sanctions.

Charges outlined in the hearing related to his keeping insufficient records of both prescription and controlled drugs at his pharmacy; the supply of drugs without supporting prescriptions; and the manner in which drugs were stored.

One incident related to the supply of arthritis medication Humira. Classified as high-tech specialist drug, 21 separate supplies of it had been given to a patient between 2013 and 2014, even though the prescription was for just two months.

Five incidents were highlighted in which controlled drugs were given to patients between three and 20 days in advance of the prescriptions’ directions. These included Oxycontin, a strong opioid based pain killer.

Mr McCormick’s business had previously been prosecuted for criminal offences relating to the same issues.

His barrister Simon Mills SC told the inquiry his client had been cooperative with the PSI and that a report regarding amendments to his business had been submitted.

“He must hold his hands up here for a period of very significant disorganisation within his practice,” he said.

“This was an important wakeup call for him and he has responded professionally and appropriately.”

PSI inspectors visited the Leighlin Pharmacy in November, 2014 having been contacted by a concerned party.

One of them, Liz Kielty, purchased over-the-counter medication just before 9am when Mr McCormick was not on the premises as he was required to be. He later explained he was late because he had slept in.

Ms Kielty told the inquiry that a prescription penicillin antibiotic had also been supplied to a patient on the same morning without the supervision of a pharmacist.

A further inspection of the premises and its registers of medication uncovered several issues of concern including several discrepancies, both surpluses and deficits, in stored medication.

In one instance, 98 Ritalin tablets were counted in stock - a drug used to treat attention deficit hyperactivity disorder (ADHD) - but Ms Kielty calculated from the records that there should have been 586. She also discovered 56 missing Oxycontin tablets.

“There seems to be hundreds of tablets that cannot be accounted for,” she said.

Ruth McDonnell, another inspector who visited the premises, said the location of a medication fridge in the toilet was very concerning.

“The fridge was directly facing the toilet and when the door was opened [IT]nearly touched the edge of the toiled bowl,” she said.

Pharmacist Keith O’Hourihane, acting as an expert witness, said it was fundamental that a pharmacy be attended by a registered pharmacist at all times and should be closed in the case of unforeseen absences.

“Essentially all medications are poisons and if not used properly they could cause harm or damage,” he explained, of the necessity for supervision. The hearing was adjourned until Thursday.