Use of EU cross-border health scheme is doubling every year, HSE figures show 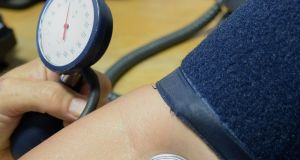 The HSE has reimbursed almost 5,000 procedures at a cost of €9.2 million since the EU Cross-Border Healthcare Directive came into force in 2014. Photograph: Anthony Devlin/PA Wire

The use of the EU Cross Border Healthcare Directive by Irish patients to access health services abroad is doubling each year, according to the data supplied by the Health Service Executive.

The directive allows patients to access healthcare services including operations, specialised inpatient care and outpatient appointments, in another European country once they have a referral letter from a GP or hospital doctor.

Patients pay upfront for their treatment and the cost is later reimbursed by the HSE.

The HSE has reimbursed 4,615 procedures/appointments at a cost of €9.247 million since the directive came into force in October 2014, figures supplied to The Irish Times show.

Activity for the first four months this year is already at 41 per cent of the total activity for last year - with 1,422 reimbursements at a cost of €2.79 million to date in 2018.

Kerry Independent TD Michael Healy Rae told The Irish Times he advises patients on long waiting lists in his constituency about using the directive to access care “every day”.

The plan envisages the number of patients waiting longer than nine months to fall by 10,000

He said he has referred hundreds for reimbursable treatment in a private hospital in Northern Ireland, with cataracts, tonsils and joint replacements among the most frequent categories. “It is crazy the HSE can’t perform the operation here but can pay for it to be done in a different district abroad.”

The HSE said it has published extensive information on how to use the directive on its website, which patients should read so that they know and understand how it works. A spokeswoman advised patients to contact the HSE’s National Contact Point with any questions they have, as on occasion some have been given “incorrect or inaccurate information” by healthcare providers abroad.

The latest National Treatment Purchase Fund (NTPF) hospital waiting list figures show that 507, 507 people were awaiting an outpatient appointment while 79,414 were awaiting an inpatient/day case procedure at the end of April.