Delays are having ‘long-term unnecessary consequences’ on children, says Barnardos 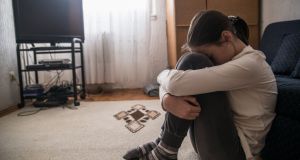 There were 2,520 children and young people on waiting lists for an initial assessment for mental health services in February 2017, an increase of 44 per cent on the same period last year, according to the HSE. Photograph: Istock

There were 2,520 children and young people on waiting lists for an initial assessment for mental health services in February 2017, an increase of 44 per cent on the same period last year, according to the HSE.

Of these, 10 per cent had been waiting more than 12 months for an initial appointment.

Barnardos has said these delays are having “long-term unnecessary consequences” on children and “affecting every aspect of their development”.

When children and young people need access to mental health services in Ireland they are referred to CAMHS which provides assessment and treatment.

The majority of parents (67 per cent) perceived that the primary reason for the delay in their child getting an initial treatment or assessment is because of underfunding by the Government. This was followed by insufficient numbers of staff to undertake assessments (64 per cent).

Fergus Finlay, chief executive of Barnardos said the latest waiting list figures make “for sobering reading” and that “cycles of poverty, disadvantage and ill-health occur when access to healthcare is denied from such a young age”.

“These delays have long-term unnecessary consequences on the child, eroding their chance to grow and thrive, affecting every aspect of their development for the sake of offering timely interventions.

“These delays harm children, and this harm could be prevented. This is utterly unacceptable,” Mr Finlay said.

He added there are strong regional variations in accessing initial assessments for mental health services.

“For instance, in the Cork/Kerry region, over 100 children and young people were waiting for more than 12 months for an initial CAMHS assessment, whereas in the Clare/Limerick/Tipperary region no one waited for more than a year.

“These inconsistencies are extremely worrying. Where you live should not determine how quickly you can get help for your child when they need it.”

June Tinsley, head of advocacy at Barnardos said failing to receive medical assessments or treatment can inhibit children from excelling in school.

“Getting access to medical assessments and treatment when a child needs them is crucial, otherwise it really can impair their ability to grow,” Ms Tinsley said.

“It can affect all aspects of their childhood as they don’t meet their essential developmental milestones and can inhibit them in excelling in school, in their friendships and future employment prospects as later remedial interventions are more likely to be unsuccessful and far more costly.”