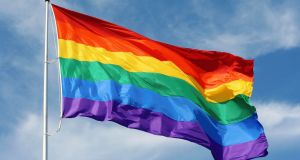 The Gay and Lesbian Equality Network’s board has been caught in “a perfect storm” with diminishing public trust, minimal financial reserves, no chief executive and reduced staffing.

The Gay and Lesbian Equality Network (Glen) has announced it will cease operations, just a month after being embroiled in allegations of financial mismanagement.

The board of the charity has decided to make arrangements for “an orderly wind-up” of its affairs after a report found it was “no longer viable given the challenges it is facing”.

The report by former senator Jillian van Turnhout, seen by The Irish Times, says Glen has been caught in “a perfect storm” following the controversy, with diminishing public trust, minimal financial reserves, no chief executive and reduced staffing.

The controversy was sparked at Easter, when Glen’s then executive director Aine Duggan revealed she became aware of grave issues at the charity shortly after being appointed last October. She instanced spending on Glen credit cards and on a political campaign, which the board was unaware of.

Ms Duggan left Glen last month and Ms van Turnhout was engaged on the same day to carry out a review of the organisation.

In her report, Ms van Turnhout says the use of Glen credit cards by staff for personal transactions amounted to “extremely poor practice” but there was no material gain to any staff member or any other person.

At critical junctures, Glen failed to heed or fully understand the warning signs in terms of corporate governance, she found. “The environment for not-for-profits is ever changing. What was standard practice for many organisations 20, 10 or even five years ago is no longer acceptable.”

The report says Ms Duggan raised concerns of potential breaches of the Charities Act last December and the board then instructed her to make a voluntary disclosure to the Charities Regulator.

Glen has fully co-operated with the regulator, it says, and has provided all documentation requested. However, the perception that it was under investigation by the regulator led to a “diminishing of trust” by the public and funders.

It is critical that organisations can make self-disclosure to the regulator “without a disproportionate response in the absence of evidence”.

A separate report into the financial administration of the charity concluded “we did not find any evidence of misappropriation of State or donor funds or any fraudulent activity taking place”.

“At this stage, the most responsible action the board can take, in my opinion, is to consider a voluntary wind-down and transfer of assets and programmes as appropriate,” Ms van Turnhout concludes.

The Glen board says it fully accepts her findings. “The board has reluctantly concluded that we do not currently have the organisation capacity or funding to continue our work to the high standard to which we have always aspired.”

As part of the wind-down process, Glen’s LGBT helpline is to be established as a separate entity, and new partners are being sought to run its diversity programme and the Know How HIV testing project. The charity’s three remaining staff are being made redundant.

Glen was founded in 1988, five years before homosexuality was decriminalised. It counts the introduction of civil partnerships and, later, same-sex marriage as milestones on the “equality journey” for gay people.