One in three cancer patients losing weight gets no nutritional advice 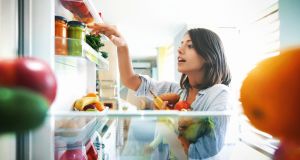 Almost 90 per cent of those surveyed described nutritional support and advice as very important or extremely important to them. Photograph: Getty Images

One in three cancer patients with weight loss are never seen by a dietitian or provided with nutritional advice, according to a new study.

Almost one in two cancer patients overall report significant nutritional and eating problems but despite the high prevalence of weight loss and appetite loss, more than 60 per cent of patients say they were not asked about diet by their medical team.

The authors of the study say it indicates a major gap in cancer care that needs to be addressed immediately because poor nutrition and weight loss is associated with complications, poorer response to chemotherapy and other treatments, and lower survival rates.

The research was conducted by the Irish Society for Clinical Nutrition and Metabolism (IrSPEN) in collaboration with University College Cork and involved a survey of more than 1,000 patients undergoing treatment.

Almost 90 per cent of those surveyed described nutritional support and advice as very important or extremely important to them.

“The survey results point to major gaps between patients’ needs (for nutritional information, advice, support and care) and that which was actually provided, within and outside designated cancer centres in Ireland.

“Cancer patients have the highest rate and severity of malnutrition of any patient group, yet even those with evident serious nutritional problems are frequently not receiving the right information, advice or support at the right time.”

IrSPEN director Niamh Rice pointed out that many cancer patients struggle to maintain weight, and so early nutritional care, advice and support is vital.

“This as a critical concern and we are calling on all healthcare professionals working with cancer patients to pay greater attention to nutritional problems such as loss of appetite. Even modest weight loss increases the risk of treatment side effects and poorer outcomes.”

The appointment of additional dietitians should be a priority, she said.