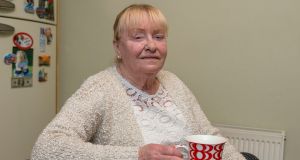 Christine Dingle: spent nine months waiting for an appointment and two years on the surgical waiting list before her cataract operation was performed. Photograph: Dave Meehan

Tens of thousands of patients requiring simple cataract operations could be taken off public waiting lists through the creation of dedicated care teams in the community, it has been claimed.

The “one-stop shop” initiative would tackle the current situation in which patients find themselves waiting up to three years to see a consultant about basic operations that can be performed in a few minutes, according to the National Clinical Programme in Ophthalmology.

Waiting times for eye operations are falling due to the opening of new theatres but many patients still have to wait years for treatment because of delays in obtaining a first appointment with a consultant.

Christine Dingle, from Drimnagh, for example, spent nine months waiting for an appointment and then two years on the surgical waiting list before her cataract operation was performed.

“I started to get a haze over my eyes, and it got worse over time. You’d be afraid of the steps on the stairs, of taking a fall. It was all just a blur,” the 73 year old recalls.

Finally, five years after her optician first noticed the problem with her eyes, her cataracts were removed in two separate 20-minute operations last year. “It’s absolutely brilliant now. Everything is bright to me whereas before it was all misty. The operation gives you a whole new lease of life, it’s perfect. You’re in the world again.”

The programme, a joint initiative between the Health Service Executive and the Irish College of Ophthalmologists, was set up to identify evidence-based solutions to the challenges of delivering eye care.

“When clinicians and management and policymakers work together, solutions to the current problems can be found,” says Prof Billy Power, clinical lead of the programme.

The programme is working with the National Treatment Purchase Fund on funding cases but, unlike other NTPF initiatives, these will be done in the public sector. Prof Power says this approach is more cost-effective than sending cases to the private sector.

The opening of specialist cataract theatres in the Royal Victoria Eye and Ear Hospital and Nenagh hospital has resulted in big declines in the time patients spend waiting for operations.

At the Royal Victoria, the number of patients waiting over six months for surgery has fallen by 60 per cent in the last year. The current waiting time for an operation is six months and falling.

Similar reductions have been recorded in the University of Limerick Hospital Group, which includes Nenagh hospital, where patients are waiting four months for an operation.

The problem is that outpatient waits for eye patients are often as long as two to three years for routine appointments. Outpatient appointments are the first to be cancelled when hospitals come under pressure, for instance during the winter surge or as a result of strikes.

“We know that 30 per cent of these patients will require cataract surgery. It is grossly unfair for patients to have to wait this length of time for an appointment and then to be put on the surgical cataract waiting list,” says Prof Power.

To get around this problem, the clinical programme is developing a plan that will allow patients go directly to a cataract assessment clinic and from there on to the surgical waiting list, thereby reducing their overall waiting time.

The clinics would deal with schoolchildren with squints and lazy eye issues, as well as the pre- and post-op work for cataract patients. Three teams will be put in place in Dublin initially, with each seeing about 7,000 patients a year – provided the HSE and Department of Health can come up with the €1 million annual funding required.