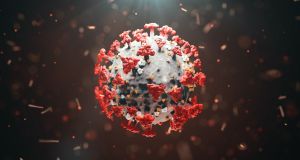 It is the first time a vaccine has been shown to reduce transmission of the virus. Photograph: iStock

One dose of the Oxford-AstraZeneca vaccine provides sustained protection against Covid-19 for at least three months and cuts transmission of the virus by two-thirds.

It is the first time a vaccine has been shown to reduce transmission of the virus and the research appears to support the UK government’s decision to delay booster shots.

Analysis by scientists in Oxford University of fresh data from three trials found the first shot conferred on average 76 per cent protection against symptomatic infections from three weeks until 90 days – and reduced transmission of the disease by 67 per cent.

The findings are preliminary, and still under review by The Lancet, but if they stand up to scientific scrutiny it would reassure public health officials that prioritising more vulnerable people for a first shot of the Oxford-AstraZeneca vaccine is a sound strategy.

Results showing the vaccine may reduce the spread of coronavirus were hailed as “absolutely superb” by the UK health secretary Matt Hancock, who said the study shows “vaccines are the way out of this pandemic”.

Meanwhile a separate UK study has found a total of 99 per cent of participants who had tested positive for previous infection retained antibodies to Covid-19 for three months after being infected, while 88 per cent did so for a full six months.

This discovery indicates antibodies produced following natural Covid-19 infection may provide a degree of protection for most people against subsequent infection for at least six months, according to researchers. The study provides additional evidence vaccines are likely to provide protection over an extended period.

It is one of the most extensive evaluations globally of the extent of lasting immunity following infection, and was made possible because of an ongoing study of 500,000 volunteer participants focussing on risk of development of a range of diseases, which began in 2006.

UK Biobank have published the results of a six-month investigation, supported by the UK government, which measured levels of previous infection in various population groups across Britain, as well as how long antibodies persisted in those who were infected.

What is known as “seroprevalence”, which indicates past infection, was monitored on an ongoing basis, but it also provided important indications of how people were affected by Coronavirus.

From the end of May 2020 to the beginning of December 2020, it collected monthly blood samples and data from 20,200 participants and their adult children and grandchildren. The proportion of the population with antibodies rose from 6.6 per cent in May/June to 8.8 per cent by November/December 2020.

The most common symptom associated with having Covid-19 antibodies was loss of sense of taste and smell; reported by 43 per cent of sero-positive participants. About one-quarter of sero-positive participants were completely asymptomatic and 40 per cent did not have one of the three “classic” Covid-19 symptoms (fever, persistent dry cough or loss of sense of taste or smell).

The data is to be added to the UK Biobank database and research resource, enabling scientists globally to conduct further research into how SARS-CoV-2 infection affects long-term health.

UK Biobank chief scientist Prof Naomi Allen said they were grateful to participants and their families, who provided blood samples. “This important study has revealed that the vast majority of people retain detectable antibodies for at least six months after infection with the coronavirus,” she added.

“Although we cannot be certain how this relates to immunity, the results suggest people may be protected against subsequent infection for at least six months following natural infection. More prolonged follow-up will allow us to determine how long such protection is likely to last,” she confirmed.

UK Biobank would like to extend the research out to a year, Prof Allen said, and go back to participants in trying to establish how precisely antibody levels wane over time – this study counters other findings suggesting there is a rapid fall-off.

UK chief scientific adviser Sir Patrick Vallance said the results provide useful confirmation of the maintenance of antibodies to SARS-CoV-2 over six months. “Having the results of the study available within UK Biobank’s rich resource will allow further understanding of the disease impact over time.”

In an online briefing, Prof Sir Rory Collins of Oxford University said people should not relax and take more risks following infection, as the issue whether or not they can still carry the virus and may transmit it to others has not yet been resolved.

The findings support the UK government’s decision to delay second doses of Covid-19 vaccines for up to 12 weeks, he noted. – Additional reporting Guardian