Number of patients on trolleys to stay near record level 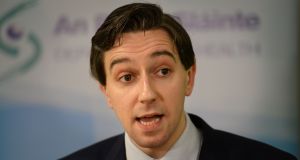 The number of hospital patients accommodated on trolleys may not dip below the 600 mark for the next few days, as pressure on services continues, the Irish Nurses and Midwives Organisation (INMO) has said.

The organisation said updated figures from emergency departments and wards showed the number of patients on trolleys had fallen marginally since Tuesday’s record figure of 612.

There were 602 patients on trolleys on Wednesday, it said.

This week’s figures have led to a political outcry, with Labour health spokesman Alan Kelly describing them as a “national emergency”.

Both the Health Service Executive (HSE) and the Department of Health have said the increase in cases of the flu and winter-related illnesses is behind the large number of patients on trolleys this week.

However, a number of doctors and nurses have said the increase in such cases is only partially responsible for the number of patients on trolleys and that the system has long been in need of an overhaul.

“To suggest that this is a flu-related spike is not necessarily the whole story,” said Liam Doran, general secretary of the INMO.

“I think [trolley figures] are going to stay at that level. I am a little disappointed that they dropped so little today,” Mr Doran said.

“I know they pulled out all the stops and to only go down [by] 10 means that the demand is there. I think we are going to stay at that level for a few days.”

Meanwhile, Minister for Health Simon Harris has denied suggestions that the mounting pressure on emergency departments was predictable and said he refused to acknowledge “buzz words” like “emergency”.

Mr Harris said the hospital trolley crisis was “a bit of a perfect storm” .

He said that among the plans to tackle the crisis are increased opening hours and support services for nursing homes, to keep patients with the flu at the homes rather than transferring them to hospital.

Mr Harris said a bed capacity review was ongoing to determine what kind of beds were required and how many.

“We will have to find the resources if we don’t have enough beds.”

He also acknowledged the need for more staff.

“We are working on attracting them back. We want to attract more nurses.”

The Minister said he was concerned that only 50 per cent of people aged over 65 had received the flu vaccine this year.

He is due to meet HSE officials to discuss the trolley crisis on Thursday.

The Emergency Department Taskforce, which is chaired by HSE director-general Tony O’Brien and Liam Doran and is responsible for developing sustainable long-term solutions to A&E overcrowding, is due to meet on Friday.

Speaking to RTÉ on Wednesday, Minister for Transport Shane Ross conceded the current bed shortage was “very close to being a crisis situation”.

“It’s awful. To see anybody on a trolley at all is unacceptable and it’s something which the Government is responding to, I think, fairly rapidly,” he said.

“It’s an unacceptable situation which obviously has to be tackled as an emergency.”

‘HSE should be disbanded’

Independent Minister of State John Halligan said that the HSE should be disbanded as a result of the crisis.

Mr Halligan said independent international experts should be brought in to advise on how to run the health service.

Speaking on the Irish Times Inside Politics Podcast on Wednesday, Mr Halligan said that the health service is in “chaos” and that people were “suffering dreadfully”.

“I mean it’s chaotic,” Mr Halligan said. “It’s hard to believe that in 2016 you’d be still talking about waiting lists. People sitting on trolleys and so on . . . what the hell has gone wrong?

“I would disband the HSE completely, start afresh. You can’t do it now, it would take a couple of years.

“I would bring in outside advisers from across the world and I would pay them. I would say, ‘Have a look at our health system for the last 20 years - why are we in chaos? How is it we are waiting two years for operations?’”

The HSE warned this week that the level of winter-related illness, including flu and norovirus (winter vomiting bug), was continuing to increase.

So far, 21 respiratory and influenza outbreaks have been reported in “healthcare settings” across the State, including hospitals, residential centres and care homes.