Not necessary to finish every course of antibiotics, say experts 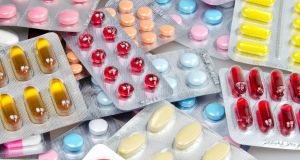 Prof Mark Woolhouse of the University of Edinburgh said prescribing practices needed to change. “We need to start to use antibiotics more wisely before it’s too late.”

If you are tired of trying to remember to complete every course of antibiotics your doctor prescribes then the good news is you may not need to.

A team of scientists says there is no evidence to suggest an entire packet of tablets has to be finished so long as the condition itself has cleared up.

In a startling reversal of accepted medical practice, experts writing in the British Medical Journal (BMJ) on Thursday said the traditional “complete the course” message designed to avoid antibiotic resistance should be discarded.

Conversely, they argue patients are put at unnecessary risk from antibiotic resistance when treatment is given for longer than necessary.

In their article, Prof Martin Llewelyn of the Brighton and Sussex Medical School, and colleagues, said a change of approach is now necessary.

They point to evidence that in many situations stopping antibiotics sooner is a safe and effective way to reduce antibiotic overuse, although there are notable exceptions such as those used to treat tuberculosis.

Research may now be required to find an alternative message for patients, they say; possibly one that simply asks people to stop when they fell better.

“The public should also be encouraged to recognise that antibiotics are a precious and finite natural resource that should be conserved by tailoring treatment duration for individual patients,” the BMJ says.

The paper has attracted widespread support in the medical community. Prof Peter Openshaw, president of the British Society for Immunology and professor of experimental medicine at Imperial College London said it supported the idea that antibiotics might be used more sparingly.

“Far from being irresponsible, shortening the duration of a course of antibiotics might make antibiotic resistance less likely,” he said.

While pointing out the need in some circumstances for extensive use, Prof Openshaw added: “It could be that antibiotics should be used only to reduce the bacterial burden to a level that can be coped with by the person’s own immune system.

“In many previously healthy patients with acute infections, letting them stop the antibiotics once they feel better has considerable appeal.”

“It remains astonishing that...we still do not know more about the optimum duration of courses or indeed doses in many conditions,” she said.

Prof Mark Woolhouse, professor of infectious disease epidemiology at the University of Edinburgh, said prescribing practices needed to change. “We need to start to use antibiotics more wisely before it’s too late.”