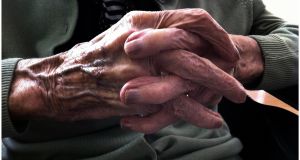 The Irish Human Rights and Equality Commission says it is concerned about the abuse and mistreatment in residential settings. File photograph: Bryan O’Brien

Human rights groups have raised concerns over the care of older people in nursing homes in Ireland, including allegations of widespread ill-treatment, before a United Nations committee in Geneva.

The UN Committee against Torture, in its first public hearings on Ireland since 2011, has heard claims that older people in care homes are being subjected to cruel, inhuman and degrading treatment.

Many are being “detained” in State-funded nursing homes or in hospital beds because of a lack of alternative care options, according to a report to the committee by support and advocacy service Sage.

The Irish Human Rights and Equality Commission says it is concerned about the abuse and mistreatment in residential settings, including centres for people with intellectual disabilities and centres for older people.

The commission, in its submission, also expresses concern at the findings of a recent opinion poll that found 48 per cent of adults had close experience of abuse. It says the Government should publish new legal proposals to protect people whose liberty is being deprived “at the earliest stage possible”.

Advocacy group Sage says it has “documented experience” of the detention and deprivation of liberty of older people through their interaction with State-funded care services.

Sage, the support and campaigning wing of the charity Third Age, was one of a number of non-governmental organisations that presented to the committee on the theme of torture and ill-treatment in healthcare setting on Wednesday. Government officials, led by Minister of State for Equality David Stanton, are scheduled to address issues raised by the committee on Thursday and Friday.

In its report, Sage highlights concerns over the deprivation of liberty of people in care, the “widespread” use of chemical restraint rather than therapeutic reasons and the risk of people being detained in care settings against their will.

The group criticises the alleged unnecessary use of incontinence wear “for convenience”, and violations of dignity and privacy in “unsuitable” care settings. In particular, it criticises the continued use of multibedded wards “where people on occasions have to eat their dinner on one side of a curtain while someone uses a commode on the other”.

It claims the State’s bias towards nursing home care – there is no statutory funding scheme for home care – impacts on alternative models of care to meet the wishes of older people and amounts to inhuman and degrading treatment.

“It is also Sage’s experience that many so-called ‘voluntary’ residents are de facto detained, as buildings are commonly secured by key code locks as a safety mechanism, requiring residents to ask permission to leave.”

The group says Government actions on the provision of care for older people has mainly centred on private residential congregated settings, while the home care system is “fragmented, underfunded and inequitable”.

“This has resulted in people with relatively low levels of care needs being admitted to a place of de facto detention because no other option exists to meet their care needs.”

The lack of accessible, suitable care results in people spending longer than necessary in hospital and is “tantamount to inhuman and degrading treatment”.

Ireland has not commenced the Assisted Decision-making (Capacity) Act, which was signed into law in 2015, and has not ratified the UN Convention on the Rights of People with Disabilities, the report points out. “The current legal framework for substituted decisionmaking for people deemed of ‘unsound mind’ amounts to a complete denial of a vulnerable adult’s human rights.”

About 4.5 per cent of older people live in public or private nursing homes, 40 per cent higher than the European average. Sage says only 11 per cent of nursing homes have dedicated dementia care units, compared to 33 per cent in other European countries.

The Government is currently considering whether to introduce a statutory scheme to fund home care, but this is unlikely to happen for several years.