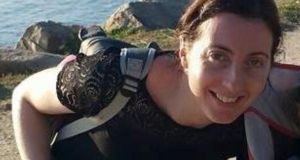 Marie Downey, who died in her room at Cork University Maternity Hospital, with her newborn son beneath her, was known to have epilepsy. Photograph: Facebook

The exact cause of Marie Downey’s death, and that of her infant son, Darragh, in Cork University Maternity Hospital may not be ascertained until an inquest is heard, but it is known she had epilepsy.

One of the lines of inquiry of the hospital’s investigation of the deaths will look at whether she may have had a seizure while breastfeeding her baby, causing her to suffer a fall.

Medical staff discovered Marie dead on the floor of her single room on Monday morning. Darragh was found underneath his mother, and died at the hospital on Tuesday evening.

About 40,000 people in Ireland have epilepsy, of whom 15,000 are women. Some 250 women with epilepsy give birth each year, so the condition is rare but by no means unknown in Irish maternity hospitals.

Dr Colin Doherty, a consultant neurologist at St James’s Hospital, says it is not proven that women with epilepsy are at greater risk during the post-partum period. The severity of the condition varies greatly from person to person, so the care provided to women in maternity units is best decided on a case-by-case basis, he says.

A section on the post-natal care of women with epilepsy says a care plan should be developed for the patient in the post-natal ward based on her birth plan. Staff should educate themselves on the type of epilepsy and the first aid of seizure management.

“Staff responsible for caring for the [woman with epilepsy] must ensure a safe environment for [the woman] and the baby while in hospital,” the document states.

An appendix to the guide provides a sample birth plan for a woman with epilepsy and suggests this should include: “Personal and baby safety (to include not to be left alone with baby in the bed)” and “Prevent routine triggers such as sleep deprivation, missed medication and pain”.

Epilepsy Ireland carries extensive advice on its website for women caring for a newborn. It says women with the condition need to watch for triggers, including stress and sleep deprivation, especially in the first six weeks after delivery. “It is also advised that women with epilepsy should not sleep alone for the first year after birth.”

Breastfeeding involves regular breaks to night-time sleep, it points out. “If lack of sleep is a trigger for your seizures, this could be a problem.”

The charity’s information booklet says there is little published evidence about any risk to the newborn from the mother’s epilepsy. “The risk of the child being harmed depends on the type of seizure and its severity and frequency, and this risk is probably small if you take time to educate yourself in safety precautions.”

The Irish Epilepsy and Pregnancy Register was set up in 2001 to provide education and advice, monitor the safety of anti-epileptic drugs with reference to major birth malformations and to establish whether seizure frequency is related to adverse outcome in pregnancy.

It advises that women with epilepsy may be at increased risk of seizures for a few months after delivery, due to fluctuating hormone levels and sleep disturbance. Women who have sudden or unpredictable seizures should feed their babies while sitting on the floor supported by cushions, it suggests.