More than half of suicides linked to alcohol, all-Ireland forum told

Suicides in young people and males most influenced by alcohol 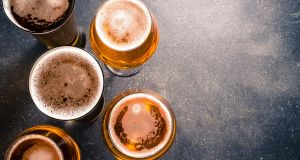 ‘People who have problems with alcohol are much more likely to self-harm and attempt or die by suicide’. Photograph: iStock

More than half of all suicides on the island of Ireland are likely to involve alcohol, a forum on alcohol, self-harm and suicide was told on Wednesday.

Prof Siobhan O’Neill, from Ulster University, said alcohol was “by far and away the most commonly used drug in suicides and self-harm incidences” across the island.

Alcohol was present in the system of 56 per cent of 1,600 suicide cases over a six-year period examined in a study by the university, Prof O’Neill told the all-Ireland forum, held in Dublin.

She also said in a smaller scale study in Cork, more than 50 per cent of people who died by suicide had alcohol in their systems.

It was involved in almost half of the total self-harm presentations to emergency departments in Northern Ireland in 2014 and 2015, while more than 30 per cent of self-harm incidents in the Republic of Ireland were attributed to alcohol in 2015.

Prof O’Neill said alcohol increased problems that led to suicide and contributed to those problems, but also caused impulsivity. People may feel suicidal and have those thoughts, but whether they act on them can be determined by their use of alcohol.

“People who have problems with alcohol are much more likely to self-harm and attempt or die by suicide and that is seen in lots of different countries,” Prof O’Neill said.

“But where you have a culture such as ours, where alcohol is used to manage stress and to cope with social situations, it can be really, really difficult.”

In young people particularly and in males, alcohol would be more of a factor in suicide than in older people or in females, she said, though the links were still there for all groups.

“For suicide methods where there is less planning involved, you would find that alcohol is more of a factor there too,” she said.

But while alcohol use in suicide cases is similar both north and south of the border, the rates of suicide are higher in the North. Almost 30 males and almost eight females per 100,000 died by suicide there in 2015, compared with almost 17 males and three females per 100,000 in the Republic.

Prof O’Neill said part of the difference between figures could be attributed to the way suicides are recorded in the Republic, with different coroners having different thresholds for suicide. In the North there was more consistency, she said.

Research at the university also showed that exposure to trauma, such as that experienced during the Troubles, increased the risk of suicide.

“We have high rates of mental illness here, again possibly related to the troubled past, which would increase the risk of suicide,” she said.

She said the biggest element contributing to suicide in the Republic since 2008 was the recession.

“We know that alcohol, like tobacco, causes cancer, we know that alcohol is a psychoactive drug,” she said. “What this seminar is highlighting is that the mental health impacts of harmful drinking are equally important and damaging.”

She said suicide and deliberate self-harm were complex issues and there were no simple or quick solutions.

“ We can begin, however, with what we know works. We can target known risk factors like high alcohol consumption.”