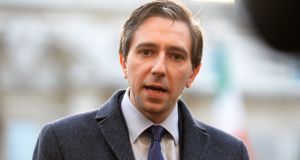 Minister for Health Simon Harris is to announce plans to open 190 extra beds over the winter period as part of a plan to tackle waiting lists in emergency departments. Photograph: Dara Mac Donaill/The Irish Times.

Up to 190 extra hospital beds are to be opened in the coming weeks to alleviate pressure on overcrowded emergency departments.

An initial tranche of 83 new beds are to be opened in Letterkenny, Tullamore, Waterford, Cork, Limerick and in the children’s hospitals in Dublin, Minister for Health Simon Harris will tell TDs on Wednesday.

According to Mr Harris, the National Treatment Purchase Fund (NTPF), which is funding the extra beds from its Government allocation, is continuing to engage with hospital groups to finalise the details of the additional bed capacity.

Meanwhile, the cost of attending one of the 11 minor injury units across the State is to be reduced from €100 to €75 from next week, the Minister will also confirm in his appearance at the Oireachtas health committee.

The reduced fee is designed to encourage would-be patients to go to minor injury units rather than hospital emergency departments.

There were 597 patients waiting to be admitted in hospital emergency departments and on wards on Tuesday morning, according to the Irish Nurses and Midwives Organisation.

Mr Harris will also tell the committee that from next year the NTPF is to expand its services to include arranging full packages of care for patients, to include surgery or treatment as required.

He says he has written to the HSE following the publication last week of the UK Royal College of Obstetricians and Gynaecologists review of tests carried out by CervicalCheck to ensure the recommendation are “considered” and HPV screening is successfully introduced in the first three months of next year.

The Minister will also say that in order to reduce community waiting lists, the Government will spend €10 million next year and €60 million in 2021 to employ 1,000 extra community healthcare staff, who can treat people closer to home.

“These will include therapists, nurses and other health professionals, including dementia advisers.”