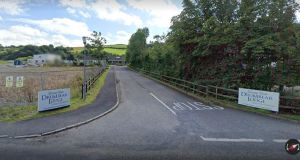 A Co Monaghan nursing home where 22 residents died during a coronavirus outbreak was found to be in compliance with State regulations, a new watchdog report has found.

An inspection by health regulator, the Health and Information Quality Authority, found that just over half of the residents with confirmed or suspected Covid-19 infections at Drumbear Lodge Nursing Home in Monaghan died during an outbreak between April and June.

The care facility suffered one of the worst Covid-19 outbreaks during the pandemic.

Hiqa has today published the first reports carried out by inspectors since the coronavirus pandemic began in March that show the depth of the health crisis that faced nursing homes.

Long-term care facilities for older people and the elderly population have borne the brunt of the pandemic, accounting for 56 per cent of almost 1,800 deaths from the disease in the State.

The Hiqa reports, covering inspections at 36 nursing homes, find failings in infection prevention and control measures and other areas around ensuring the protection of older residents.

In the case of Drumbear Lodge, however, the regulator found on an unannounced visit on June 30th – three weeks after its Covid-19 outbreak was over – that the nursing home was compliant or substantially compliant with 13 regulations including infection control for its 56 residents.

Inspectors found that the Covid-19 infection outbreak at the home affected 40 residents and several staff working in the centre and that about 53 per cent of residents with confirmed or suspected Covid-19 infections died during the two-month outbreak.

In another inspection, at Kilbrew Nursing Home in Ashbourne, Co Meath, Hiqa found that, in the area of risk management, the identification, recording, investigation and learning from a “serious incident” involving residents at the private home “had not been adequately carried out.”

“As a result, it was not clear that practices had changed in response to learning from such events,” the report on the Hiqa inspection on June 4th says.

The inspectors found that in the management of wound care and daily nursing records there was “a delay in taking timely action to ensure that residents received appropriate medical care.”

“In some circumstances, it was found that the records of the medical and nursing condition of the residents and details of their plan of care did not accurately reflect their state of health and/or circumstances at the time,” the inspectors say in the report.

Although his case is not mentioned in the report as Hiqa is precluded from identify individual residents, the reference to the “serious incident” is understood to include the care of the late Ultan Meehan who was transferred from Kilbrew to a hospital in Dublin with infected wounds.

Medics at the hospital found that Mr Meehan, who had dementia and had recovered from Covid-19, had cancerous facial tumours that had become infected and infested with maggots.

Mr Meehan was transferred to Connolly Hospital in Blanchardstown, west Dublin in late May, days before the Hiqa inspection of the care facility. He died two weeks later.

The regulator said that, overall, inspectors found that the care and support received by residents at Kibrew “was of a good quality and ensured that they were safe and well supported.”

The regulator was critical of other care facilities in its inspection reports, including three run by the HSE.

Hiqa found that not all of the 78 residents at the publicly run Killarney Community Hospital “were given the opportunity to social distance” in line with health protection guidelines, increasing the risk of infection being transmitted among the residents.

“The majority of residents continued to be accommodated in six bedded rooms with limited personal space,” said the regulator following an inspection on June 3rd.

Hiqa said that there had been “repeated regulatory non-compliance” by the HSE from previous inspections “where long-term residents continued to be accommodated in situations which adversely impacted their daily quality of life, privacy and dignity.”

The regulator said that the HSE had “inadequately responded to the shortcomings of the current premises, as identified in inspections dating back to 2010.”

In the HSE-run Birr Community Hospital, the regulator found that the care facility’s 64 residents were living in multi-occupancy rooms and could not socially distance.

“Due to the close proximity of all residents’ beds in two bedrooms with four beds in each and 13 bedrooms with three beds, the option to socially distance was not possible and therefore increasing residents’ risk of contracting an infection,” Hiqa said after an inspection on June 4th.

At another HSE facility, St Mary’s Health Campus in Guarranabraher, Cork, a Hiqa inspector found during a visit on June 17th that many of the home’s 47 residents were “in bed or in the process of being put to bed following their tea at 5pm on a lovely warm summer’s evening.”

In an inspection of Sancta Maria Nursing Home in Kinnegad, Co Meath, Hiqa found consistently high levels of staff turnover and staffing levels “severely impacted by the outbreak of Covid-19 throughout the months of April and May 2020” as sick leave depleted management.

Hiqa found in an inspection of Kilcoole Lodge Nursing Home in Co Wicklow on July 7th that staff were not using personal protective equipment in line with national guidelines.