Mental health: ‘All he got was a criminal record, when all he needed was help’ 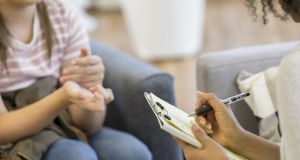 The Mental Health Commission recommends 48 rehabilitative teams, but the State has only 23. File photograph: iStock

The lack of long-term rehabilitative services means that adults with acute mental health issues “are falling through the gaps” and not receiving the support they need to recover, a mental health charity has said.

A rehabilitative service is a process which enables patients with complex mental health issues to maximise their potential to live a full and happy life.

In a recent report, the Mental Health Commission, an independent body, said the State should have 48 rehabilitative teams, but it currently has only 23. The commission also states that those 23 are under-resourced and understaffed.

Kate Mitchell, a senior policy and research officer at the Mental Health Reform charity, said this shortage means the needs of people with complex mental health issues are often not met, resulting in families having to deal with the situation.

“Because those rehabilitation services don’t exist, you have these people in long-term inpatient care, because the services or supports they need don’t exist, or you have family who are kind of picking up those pieces,” Ms Mitchell said.

“We hear that all the time from families because the services just aren’t fully developed. They’re ending up having to provide the supports for the person themselves.”

Ms Mitchell said this “gap in the services” is preventing individuals from rebuilding their lives.

“The supports are not there for them to transition to community living or to live independently by themselves, which is very, very worrying. They’re the implications that we’re talking about for people, in terms of not being allowed to live a full and independent life and to improve their outcome,” she added.

One mother, whose adult son (28) has been diagnosed with bipolar disorder, said her family is trapped in a vicious circle because her son has not received the help he needs.

She said that she was told if he is a danger to himself or others then she should call the Garda to ensure he receives treatment, but instead he ended up being charged.

I need someone who knows what the best thing for him is. I would do anything to help him

“He’s going from the GP, to the hospital, home, to the guards. It’s a vicious circle,” she said. “He’s in the hospital for a few days and then he’s released and it starts all over again.”

Her son has attempted suicide on a number of occasions, two of which she described as “very serious and worrying attempts”.

During his low periods, he also becomes quite aggressive, resulting in the other family members often fearing for their lives and having to leave the house.

“He just goes through these periods of extreme lows, and I don’t know how to help. I need someone to tell me what to do. I need someone who knows what the best thing for him is. I would do anything to help him,” she said.

“I don’t want him locked up, I just want to get him help. All he got was a criminal record, when all he needed was help.”

A spokeswoman for the HSE said it is not necessary to take legal action to get the appropriate services for patients.

“Adults requiring mental health services can access them through initial GP referral to community mental health teams or, if urgent/severe, directly to our acute psychiatric units that are mostly located in acute hospitals,” the spokeswoman added.

The HSE also said that a new mental health facility will open in Portrane in 2020 which will result in a “significant increase in beds”.