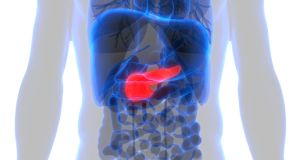 In Ireland, the incidence of pancreatic cancer has fallen since 1990 by 6%, while the death rate has fallen 10%. Photograph: iStock

Worldwide, the incidence of colorectal and pancreatic cancer have both increased by 10 per cent since 1990, according to the study of 195 countries.

Pancreatic cancer patients were more likely to survive in 1990 than they are today, the Global Burden of Disease study published in the Lancet Gastroenterology & Hepatology finds.

In Ireland, however, the incidence of pancreatic cancer fell over this period by 6 per cent, while the death rate fell 10 per cent.

For colorectal cancer, the death rate in Ireland has declined 34 per cent since 1990, according to the study.

The incidence of stomach cancer was down 27 per cent, while the death rate fell 54 per cent.

The incidence of inflammatory bowel disease increased 3 per cent but the death rate declined 22 per cent.

However, while Irish figures for incidence and mortality rate for these cancers are improving, the actual number of patients affected, and the number dying, is rising, due to increases in population.

Worldwide, the number of pancreatic cancer cases, and the number of deaths from the disease, more than doubled. Experts say the increase is related to rising obesity and diabetes.

Prof Reza Malekzadeh, lead author of the study, said: “Pancreatic cancer is one of the world’s deadliest cancers, with an overall five-year survival rate of just 5 per cent in high-, middle- and low-income countries. Major risk factors for the disease, such as smoking, diabetes and obesity, are largely modifiable and present a huge opportunity for prevention.”

The study says risk factors for colorectal cancer are different in males and females, and should therefore be considered in national policy and prevention programmes. Alcohol use, smoking and diets low in calcium, milk and fibre had a considerable burden on males. For females, dietary risks, but not alcohol use or smoking, were found to be the most attributable risks.