Reports of 18 clusters in families, 15 in hospitals, 19 in schools and 20 in work settings 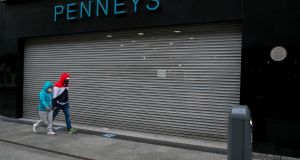 The vast majority of outbreaks or clusters of Covid-19 reported in the past week occurred in private houses, according to new figures.

A report from the Health Protection Surveillance Centre shows there were a total of 772 outbreaks in the State reported in the week up to midnight on Saturday, of which 652 occurred in private houses. There were also 18 clusters in extended families, 15 in hospitals, 19 in schools, and 20 in workplace settings. Four of these occurred in meat/poultry/fish processing plants, while there were two outbreaks in other food production or processing businesses. One outbreak occurred on a construction site.

There were 65 laboratory confirmed cases linked to the workplace outbreaks.

Of these, 30 were in meat/poultry/fish processing plants; less than five on construction sites, and 33 in other workplace settings.

In relation to the school outbreaks, the report says transmission of Covid-19 within the school has not necessarily been established in these outbreaks.

Meanwhile, there were five new outbreaks reported in nursing homes.

There were five too among vulnerable communities with three of these among members of the Traveller community, while two outbreaks occurred in prisons.

The figures come as six further deaths and 269 new Covid-19 cases were reported by the National Public Health Emergency Team (Nphet) yesterday evening. There have now been a total of 2,033 Covid-19 related deaths and a total of 71,187 confirmed coronavirus cases in the State.

A total of 260 patients are being treated in hospital for Covid-19, with 36 of them in ICU.

In the North Health Minister Robin Swann warned of a crisis in the new year if there is a “festive free-for-all” ignoring restrictions to curb the spread of the coronavirus over the coming weeks. As seven more deaths of people with Covid 19 were reported, Mr Swann said new guidelines allowing people from three households to meet indoors for five days over Christmas did not mean it was “time to relax our guard”.

“Christmas is a time of hope and togetherness, but the greatest gift we can give our loved ones this year is to look after them,” he told a press conference in Belfast.

“While some restrictions may be relaxed for a few days in December, maximum vigilance will still be required. Social distancing will still be vital. A festive free-for-all would mean a new year crisis.”

Under temporary guidelines to allow families to meet at Christmas, three households will be allowed to come together in homes from December 23rd- 27th. Ahead of that, a fresh two-week circuit-breaker lockdown is being imposed from tomorrow.

Mr Swann said people’s actions over the two-week period, ending on December 11th, will have a “huge bearing on the kind of Christmas that we all can have”.

“This is a time to unite, to get the best outcome from the next two weeks,” he said.

The UUP MLA confirmed “intensive preparations” were already under way for a mass vaccination programme across the North, which he said would be a “massive logistical operation which will span several months”.

Some 600 people, including retired health professionals, have so far volunteered as vaccinators, alongside 880 staff in the health service.

There have been 954 reported deaths of people with coronavirus in the North to date. There were also another 533 confirmed cases of the virus recorded yesterday. A total of 50,676 people have now tested positive for Covid-19 in the North since the pandemic began. The North’s chief medical officer, Michael McBride, said guidelines allowing three households to meet indoors over Christmas carried with it risks that needed to be balanced with the mental health and well-being benefits of families coming together. But he was in “no doubt” that it would result in increased incidents of coronavirus in the aftermath of the five-day period. “Let’s work together to keep those figures as low as possible,” he said.

Meanwhile, the Police Service of Northern Ireland said it was called to the Holyland area of south Belfast early yesterday, for the second night in a row, over complaints about noisy house parties and antisocial behaviour.

Chief Insp Gavin Kirkpatrick said 14 fines of £200 and six prohibition notices were issued at two houses in the area, which is popular with students.