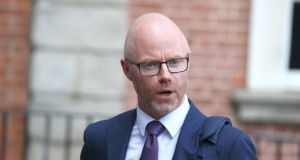 Ireland is likely to face “recurring epidemic waves” of Covid-19 infections into the future, though predicting the trajectory of the disease is impossible, according to a briefing document prepared for Minister for Health Stephen Donnelly.

It is impossible to predict with certainty the future course of the disease and, therefore, stricter restrictions may have to be reintroduced “if a strong upsurge of infection were to occur at some point in the future”, they warn.

The document was prepared in June, before the recent uptick in cases, so much of the detail around case numbers has dated.

Covid-19 has provided a “massive shock” to the health service, the document says, but this has meant positive changes such as e-working and electronic prescribing happening “at speed”.

The pandemic also demonstrated weakness in the system, in particular relating to real-time information and data; a lack of agreed care pathways between GPs, the community and voluntary sector and hospitals; and a lack of infrastructural capacity.

Opportunities arising from the crisis include a “track record of the wider determinants of health working together well, renewed trust in the public health system and the experience of introducing ‘one-tier care’ and the ‘universalism’ of the response to Covid-19. Examples cited include the removal of GP fees for phone consultations, the take-over of private hospitals for public patients, and an increased understanding by citizens of why universal access to care is important.

The document lists threats from the current situation such as a difficult economic situation, a “shocked population”, a tired health workforce and uncertainty about a return of the virus.

The new context provides opportunities for implementing Sláintecare “at pace”, officials suggest. New ways should be found to use community services and to create partnerships with the private hospitals to avoid increased pressure on the public system.

The need to increase critical care capacity was a key learning of the pandemic response, according to the document. “Notwithstanding the success in flattening the curve, ICU occupancy easily exceeded base capacity of 255, with 280 critical care beds occupied at the peak.”

Additional demand was met from surge capacity and the redeployment of staff from other hospital services.

However, officials warn that should numbers go beyond the base and surge capacity of 350, and redeployed staff were unavailable, there would be “major impacts on quality of care delivered” with “unmanageable or overwhelmed” clinical activity and “unacceptable” clinical risk.

About 10-15 cases of an acute, Covid-related syndrome affecting children are expected each year on the island of Ireland, according to the document.