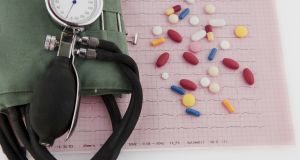 Scientists reviewed all published clinical trials that compared three types of cholesterol-lowering drugs with a placebo for a period of at least a year, in at-risk patients. File photograph: Getty

Millions of people worldwide who take cholesterol-lowering drugs daily to ward off heart disease may not be benefiting as much as they think.

Doubt has been cast on the effectiveness of the medication after a warning by analysts that decades of research have failed to show consistent benefit in targeting so-called “bad” cholesterol.

A substantial body of evidence has been gathered on lowering LDL cholesterol, an established part of preventive treatment. But researchers at the University of New Mexico School of Medicine say the evidence has never been properly validated. And analysis they conducted found that contradictory evidence was “largely ignored simply because it doesn’t fit the prevailing paradigm”.

Scientists at the Division of Cardiology in the Albuquerque-based university reviewed all published clinical trials – 35 in total – that compared three types of cholesterol-lowing drugs with a placebo for a period of at least a year, in at-risk patients.

The analysis, published in the journal BMJ Evidence Based Medicine, showed over three-quarters of the trials reported no positive impact on risk of death.

And nearly half reported no positive impact on risk of future cardiovascular disease.

The researchers calculated the number of people who would need to be treated in order to prevent one “event”, such as a heart attack, stroke or death, and the reduction in absolute risk in studies reporting significantly positive results.

“Considering that dozens of randomised controlled trials of LDL cholesterol reduction have failed to demonstrate a consistent benefit, we should question the validity of this theory.”

Some 13 of the clinical trials met the LDL cholesterol-reduction target, but only one reported a positive impact on risk of death while five reported a reduction in the risk of “events”.

Among the 22 trials that did not meet the LDL-lowering target, four reported a positive impact on risk of death while 14 reported a reduction in the risk of cardiovascular events.

The researchers acknowledged that some of the 35 trials were either not designed for the analysis they conducted or of the necessary size.

But they said cholesterol-reduction targets “should prevent cardiovascular events in patients at highest risk while avoiding unnecessary treatment in low-risk individuals. Unfortunately, the risk-guided model performs poorly in achieving these goals.”

1 How one couple’s weekend away resulted in 30 Covid-19 cases
2 Taoiseach tells TD to ‘cop on’ over criticism of contact tracers asking about pubs
3 Miriam Lord: Government’s latest comedy of errors offers little to laugh about
4 Trump urges Proud Boys to ‘stand down’ after debate criticism
5 Colleges may have to create 1,000 extra places after Leaving Cert errors
Real news has value SUBSCRIBE