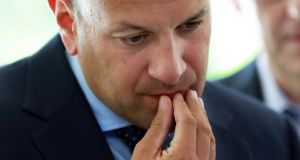 The chair of the scoping inquiry into the CervicalCheck controversy has criticised the Health Service Executive for a continuing delay in providing documentation to his investigation.

Dr Gabriel Scally has told The Irish Times he is “disappointed at the pace and format in which information is being provided” to his examination into the withholding of information from women diagnosed with cervical cancer.

While he insists the organisation is co-operating and progress is being made, Dr Scally said the level of co-operation has not altered over the past number of weeks.

Almost a month ago, the chair of the scoping inquiry confirmed the HSE had not given documentation to his inquiry in a timely fashion and a significant proportion of the correspondence had been provided in a nonsearchable format and in some cases was difficult to read.

It appears the position has not changed despite several pleas from the Government to co-operate fully with the investigation and pledges from the organisation to do so.

Speaking on Thursday, Taoiseach Leo Varadkar said it was “not acceptable” that Dr Scally was facing resistance from State organisations.

The inquiry was launched after it emerged a review of the cases of 209 women diagnosed with cervical cancer concluded they should have received earlier medical intervention.

It emerged on Thursday the number of women affected by the cervical cancer controversy had increased to 221 from 209.

It was also revealed that the planned review of about 3,000 smear test slides had yet to start, despite Government pledges it would be completed by the end of May.