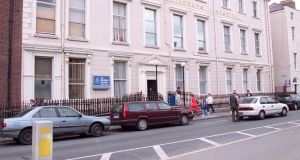 Six children have been treated for serious sunburn at the emergency department of Temple Street Children’s hospital over the last week.

Six children have been treated for serious sunburn at the emergency department of Temple Street Children’s hospital over the last week.

The hospital said it has seen a spike in presentations since Monday June 25th and have issued a nationwide appeal to parents to protect babies and children from intensive UV rays.

Dr Nandini Kandamany, consultant in emergency medicine at Temple Street Children’s hospital said four children have also been treated for burns from barbecues over the last month and expects to see more of these cases.

Dr Kandamany said of the six children treated for serious sunburn, all were aged over four and in four of the cases sun cream had been applied.

“The message we would like to get out is about the reapplication of sun cream, people always forget. They lather it on at the start of the day and forget to reapply. It should be reapplied every two hours,” she told The Irish Times.

Dr Kandamany said one of the children treated for serious sunburn had declined sun cream.

“Sometimes kids don’t want the sun cream on and parents have to insist they don’t allow their children outdoors if they don’t have sun cream on. They have to be the parent, kids can’t dictate,” she said.

“Our concern is not just that children blister now, anyone who blisters or peels increases their chance of skin cancer later on in life so it’s not just for today, parents need to remember that,” Dr Kandamany said.

“Despite all the Met Éireann weather warnings about heatwaves, people just don’t take it seriously if they’re not away or they haven’t gone on an aeroplane.”

The hospital has advised parents to keep babies under six months in the shade. They said babies should be dressed in loose-fitting outfits with long sleeves and long shorts and to make sure they are made from close-woven material that does not allow sunlight through.

For infants and children, it is recommended where possible to keep them out of the sun between 11am and 3pm.

Sun cream with SPF 30 or higher and UVA protection should be applied on dry skin 20 minutes before children go outside and reapplied every two hours. The hospital said it is important that children, as soon as they can, wear wrap-around sunglasses that give UV protection.

Parents are also encouraged to find a hat that their baby or child likes to wear which has a wide brim that gives shade to the face, neck, head and ears, to offer plenty of cold drinks and to keep their living space as cool as possible.