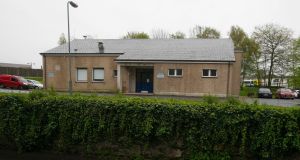 Bodies of the deceased had to be stored on the floor of the mortuary at University Hospital Waterford (UHW), four of the hospital’s consultants said in a second letter about the facility in March.

In the letter which emerged on Friday, they said that following a “surge in activity” at the mortuary, “body storage on the floor” was required for the first time. The conditions at the mortuary meant there was an “appalling lack of dignity afforded to deceased patients”, the consultants wrote.

It is the second letter sent by the four consultants to the chief executive of the South and South West Hospital Group (SSWHG). The consultants told the hospital group that “continuing failure to provide safe and dignified conditions will give us no option but to withdraw our postmortem service”.

In a letter sent to the Health Service Executive last October, published for the first time last week, the four consultants criticised the poor condition of the mortuary facilities, saying dead bodies had been left lying on trolleys at the hospital, leaking bodily fluids on to corridors and making closed-coffin funerals unavoidable in some cases.

The consultants received a reply to the October letter in March, in which hospital group chief executive Gerry O’Dwyer said that the new assistant national director of HSE Estates, Mark Kane, had been informed about the conditions in the mortuary. Mr O’Dwyer said he would arrange a visit with Mr Kane to allow him to see the mortuary facilities.

The hospital group last week said a mobile refrigeration unit would be installed within a fortnight, and a minor extension added within 10 weeks. A new mortuary at the hospital would be completed within two years, subject to capital approval.

The hospital group said it and UHW have “no evidence that would substantiate the claims contained in recent correspondence”.

It said the development of a replacement mortuary has been on the HSE capital plan since 2014 and planning permission was received in 2016. It said approval to go to tender was received in March and the new facility was due to be delivered in two years.

It is also understood that the family of a deceased person has contacted the hospital group with concerns about the condition in which their loved one’s remains were held. A spokesperson for UHW said it does not comment on individual cases but confirmed it has “received queries from the two families relating to two different cases”.

“The hospital is currently engaging with the families concerned,” it added.

Sinn Féin TD David Cullinane, who posted the March letter on Twitter on Friday, said it “beggars belief”. The letter was given to Waterford Oireachtas members this week by the hospital group.

Meanwhile Taoiseach Leo Varadkar has said he regrets if he struck an adversarial tone when saying he was not sure if claims about Waterford mortuary were true or not.

Mr Varadkar said he never specifically challenged the views of the four pathologists who wrote the letter highlighting the conditions in the mortuary. Earlier this week Mr Varadkar said he was not sure if the claims were true and referred to there being “no evidence” to support the claims.

On Friday the Taoiseach said all he had done was point out two different accounts of conditions in the mortuary: one by the consultant pathologists, the other by hospital management.

“The only thing I said was there were different accounts, and I did not want to be calling any staff member dishonest or questioning the veracity of what they said.”