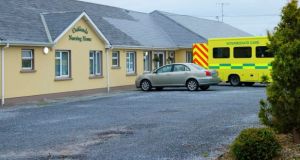 The HSE’s decision to cease overseeing a Co Kerry nursing home at the centre of a severe Covid-19 outbreak was a cause for “very significant concern”, the State’s health service regulator has said.

The HSE initially took over the clinical operation and governance of the privately run Oaklands Nursing Home in Listowel on November 4th, but indicated it intended to cease running the home on November 16th, while still providing some staffing support.

Following this decision, the Health Information and Quality Authority (Hiqa) applied to Listowel District Court to have the nursing home’s registration cancelled, and to direct the HSE to take over the management of the home.

Hiqa outlined its response to concerns about the management of Oaklands Nursing Home in a letter to Fine Gael TD Fergus O’Dowd, who criticised the regulator for what he said was a five-month delay in taking action over the home.

The HSE has since said it is seeking to close the facility, which has been affected by an outbreak of Covid-19 that infected all but one of the residents. Eight residents who contracted the disease during the outbreak have died.

Hiqa had raised concerns about poor clinical governance and management at the home, particularly since May, including over the poor infection controls in place during the pandemic.

The regulator told Mr O’Dowd in a letter sent on Wednesday that it had asked the nursing home in July to cease admissions of residents until it was appropriately managed and staffed.

The HSE took over the clinical operation and governance of the nursing home on November 4th in response to the outbreak.

The regulator said the HSE told it that it intended to leave the nursing home on November 16th. A subsequent inspection found that the position on the ground was “critical” and that the facility could not sustainably provide adequate safe care to residents, and was reliant on the HSE.

Hiqa told Mr O’Dowd that the HSE’s departure was a source of major concern and that after the November 16th and 17th inspections it applied to Listowel District Court to have the nursing home’s registration cancelled, and to direct the HSE to take over the running of the home.

The regulator said the threshold for a section 59 cancellation of a nursing home’s registration was “very high” and “can only be taken where there is a serious risk to life, or a serious risk to the health or welfare of the persons resident” in Oaklands because of failure to act or negligence.

Some residents have now been moved to a community nursing home in Kenmare. The remaining 23 residents in the home are to be relocated to HSE-run or private nursing homes.

A HSE spokeswoman said “no resident will move from Oaklands without extensive consultation and support. However, the HSE is anxious to ensure that all current residents would be settled into their new homes in advance of the Christmas period.”

It was “not sustainable” for the HSE to run the nursing home as it did not own the facility, the spokeswoman said.

The homes are listed in the red category of the HSE’s traffic-light system for monitoring where supports are needed in the sector.

A further 29 nursing homes are in the amber category, also in receipt of significant support. At present there are Covid-19 outbreaks in 50 nursing homes.