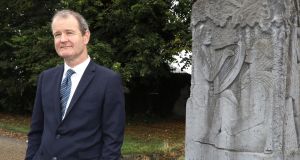 Dr Kieran Moore said that since he started at Our Lady’s hospital in August, he believes GPs are increasingly directing children and adolescents to present at emergency departments. Photograph: Lorraine O’Sullivan

There is an “ongoing crisis” in psychiatric services for children as current inpatient and outpatient facilities are “not fit for purpose”, according to a consultant paediatric psychiatrist.

Dr Kieran Moore resigned from community psychiatric services in Co Wexford earlier this year, after he told an Oireachtas committee that his position was “untenable and unsafe”.

“Despite what the HSE and Government may say, there is an ongoing crisis and we have to change the way we do things as well as increasing funding for children,” Dr Moore, who recently started working at Our Lady’s Hospital in Crumlin, told The Irish Times.

He said it remains “painfully difficult” to get a child admitted to a dedicated psychiatric inpatient hospital and “almost never acutely”.

Community Child and Adolescent Mental Health Services (CAMHS) are services that are located in local communities which offer specialised assessment and treatment for young people and their families and can only be accessed by a GP referral. An inpatient referral may then be initiated by a consultant psychiatrist in the community team.

Dr Moore said that since he started at Our Lady’s hospital in August, he believes GPs are increasingly directing children and adolescents to present at emergency departments rather than wait for an outpatient appointment in community services.

He said during his first 2½ weeks in Crumlin, seven children presented to emergency departments, in some cases “totally inappropriately”.

“Of the patients I have personally so far admitted through A&E, all of them reported they were told by professionals that the outpatient services couldn’t or wouldn’t see them because it was too risky or too complex, in most cases without seeing the child, and to present to A&E in Crumlin,” he said.

“My sense is that if a GP sees a child who says they’re suicidal, they may say to the parent go to A&E in Crumlin. Similarly if you need a CT scan or other medical intervention urgently, most GPs say listen you can wait on an outpatient list but it might be too late by the time you get it, so go to A&E. That’s what happens.”

Dr Moore said having worked in community services for 16 years, he is concerned that the care of the child is “lost” in these services.

“What tends to happen in the community is it becomes office-based; nine to five. You’re moving away from the patient being at the centre. Even the language changes, from patient to clients.

“If we reduce it to the level of a client, it’s easy to say to the client ‘okay you may be very distressed but I don’t have an appointment until Monday in four weeks time at 3.10pm’.

“I’ve always been pro-hospitals but honestly you just feel when you walk into Crumlin, the paradigm is that you’re there for the patient and it’s 24 hours and you prioritise.”

Dr Moore said he would favour psychiatric services that are modelled around the hospital.

“Keep specialist services in the hospital and then liaise with the GP and other primary care services so that once a child has been treated and doesn’t need to be in an inpatient hospital anymore they are followed up in outpatient, but there’s that interplay the whole time,” he said.

“To me, it would be better, even in terms of stigma that children with mental and physical illness all be treated in a general hospital. The four current standalone inpatient units could then be used as national tertiary centres for complex psychiatric needs.”

Prior to finishing up in Co Wexford, Dr Moore raised concerns around the state of the building, understaffing and that there were no in-patient beds. He admits he is still a bit upset at how his time ended there but is glad he raised the issues.

“When I think of the level of illness and risk we were carrying in Wexford with no beds, it is salutary,” he said.

“Then if they needed to see a specialist paediatric psychiatrist we would see them the next day or if it wasn’t appropriate for us they would go elsewhere but that was fraught, there was difficulty and there was no proper after hours service and there were no beds available.

“I felt like a bit of a rat leaving. It’s all very well to complain, complain, complain and go on radio and that but then I left, off I went. So I’m aware of that and I feel bad about that but I know I’ve done the right thing. I’m not blaming individual people here, it’s because of our system. I do understand how hard it is for managers as well, but there has to be change in the interest of the child.”