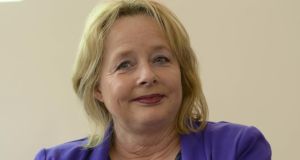 sTalk therapies are the most suitable treatment for the majority of mental health issues and could be made available at primary care level at no extra cost, according to a psychologist speaking at a conference on mental healthcare in Limerick.

Dr Declan Aherne, clinical psychologist and head of counselling at University of Limerick, estimated the total annual cost of psychological services at primary care level would be €42.5 million compared with the cost of €52.5 million paid for antidepressant drugs in the community drug schemes in 2012.

He suggested student counselling services – with their drop-in clinics – offered by universities around Ireland were a useful model for primary mental healthcare in Ireland.

“GPs manage 90 per cent of mental health problems and [many of them] are looking for non-pharmacological options.

“We need to move away from having medical treatment as the first port of call for our primary mental healthcare services and people should not have to wait for psychological services,” said Dr Aherne.

However, she also acknowledged that there had been a 25 per cent increase in the prescriptions for anti-depressants and other psychiatric drugs in the past five years for medical card holders.

Currently, about 100 psychologists work at primary care level in Ireland. Plans for the nationwide expansion of the NCS will be announced next month.

Prof Bill Shannon, past president of the Irish College of General Practitioners, cautioned against the removal of the GP from treatment of mental health problems at primary care level.

“Many patients present with very genuine physical symptoms which we have to consider first before psychological distress can be considered.

“Therapists need to be integrated into primary care and perhaps the de-medication of primary mental healthcare is a better theme,” said Prof Shannon.

Free access
The conference also heard about free access to short-term psychotherapy for all citizens at primary care level in Holland.

“We work close to the living environment of the patient in close connection with the doctor and social worker and we see patients in the practice and at home,” explained Prof Jan Derksen from the department of clinical psychology at Radboud University of Nijmegen who works half-time as a psychotherapist in primary healthcare.

In Holland, about two-thirds of patients are referred to psychologists by GPs.

“We ask the GPs not to start prescribing medication before we see the patients and we have new plans for GPs and psychotherapists to treat patients in shared consultation,” said Prof Derksen.

The need for mental health services to reach out to people in areas with high levels of social deprivation was the focus of a talk by Dr Jim White, clinical psychologist who leads the primary care mental health team in southeast Glasgow.

“We are dealing with people who are demoralised, demotivated and not psychologically minded so we shouldn’t have waiting lists and hurdles for them to cross to get to therapy,” said Dr White.

No waiting lists
“In our own area, there are no waiting lists so people can get therapy within ten days but two-thirds of people choose not to go for individual therapy,” said Dr White.

However, he stressed the importance of leaving the clinic and meeting people where they are.

They also run drop-in centres and free stress-control classes in community centres, and engage football stars and stand-up comedians to talk about mental health problems. “I’m all for de-medicalising primary care but let’s not psychologise it either,” said Dr White.

De-medicalising primary mental health care: Can we afford to, can we afford not to? – revolutionising access to psychological care in Europe at the University of Limerick was organised by the Network for Psychotherapeutic Care in Europe with MEP and former psychotherapist, Nessa Childers. See .npce.eu