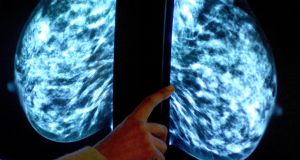 Hundreds of women with breast cancer are being denied access to a potentially life-saving drug because Ireland is deviating from accepted approval processes in the US and other EU states, the manufacturer has claimed.

Swiss drugmaker Roche says the HSE’s refusal to approve Perjeta for use before surgery in early breast cancer is the first it has experienced in 50 years in Ireland.

The company says Perjeta (pertuzumab) would benefit 1,000 patients over a five-year period, of which an estimated 178 women would have their tumours eradicated.

In a letter to Minister for Health Simon Harris, Roche says the drug has been refused despite its list price being almost five times below the affordability threshold for new drugs.

The row highlights the growing strain between the health service and multinational pharmaceutical companies over what they feel is the slow pace of approval for new drugs.

In some cases, this occurs because the HSE considers the price sought to be too high and is seeking a reduction from the manufacturer.

In others, drugs have been granted approval but the HSE says it is unable to approve them without additional funding.

Up to 100 drugs have been refused or are otherwise stuck in the system, for periods of up to two years.

Pertuzumab, which is used to treat women with HER2-positive breast cancer, would cost the health service up to €27 million over five years, according to a 2015 assessment by the National Centre for Pharmacoeconomics.

In deciding not to approve the drug for reimbursement, the HSE queried the use of tumour eradication as a measure of the effectiveness of the drug.

It said there was “significant uncertainty” about the extent to which this would reduce the risk of the disease recurring. The clinical information was “of interest but immature” and the most appropriate decision was to await the outcome of further trials.

Roche says this conflicts with the advice of the FDA and UK regulators. Ten other western European states have approved Perjeta for their patients.

The company has asked Mr Harris to set up a working group to revisit the decision to reimburse the drug for use before surgery.