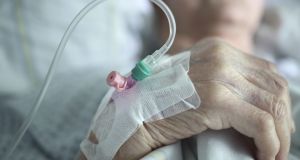 A hospital sacked a healthcare assistant after he stole €50 from an envelope belonging to an elderly unresponsive patient.

The unnamed worker claimed unfair dismissal but the Workplace Relations Commission (WRC) threw out the claim.

WRC officer Emile Daly found that dismissal was not disproportionate in the case. She stated that theft is an act that breaks the fundamental relationship of trust between an employer and employee. In the circumstances where a person stole from a patient in an unresponsive state, it increases the gravity of the case further, she said.

The patient was admitted to the hospital on December 19th, 2015 following a fall and arrived with a brown envelope containing €438.

Medical notes indicated that in the period after the patient’s admission his health deteriorated. He was unresponsive by December 28th, 2015 when the healthcare assistant and a nurse were tasked with washing the patient.

The nurse stated that she left the patient’s bedside for a few minutes to retrieve cream for him. On her return the nurse saw the healthcare assistant leaning over the patient’s bag and taking the €50 note from the envelope, which he then placed in his pocket.

The healthcare assistant immediately said that the patient had asked for a shave, which the staff nurse did not believe, given his unresponsive condition.

They continued with the task.

The nurse reported the matter to the clinical nurse manager. The envelope was retrieved and given to hospital security.

The allegations were put to the healthcare assistant and he became immediately upset and denied it. He then offered to put €50 in the man’s bag if it would end here.

He was suspended pending an investigation and he became very upset and stated: “Oh my God, I’m going to lose my job.”

The healthcare assistant – who had worked at the hospital for 15 years – was sacked for gross misconduct.

The patient emerged from his unresponsive state and was able to speak with hospital staff on December 29th, 2015.