Another Life: ‘Laudato Si’ failed to acknowledge human overpopulation as the driver of planetary degradation 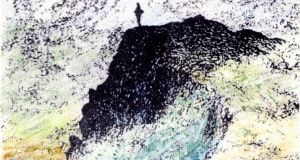 Biophilia is an inherent human need to affiliate with life and lifelike processes. One could even call it love

Laudato Si’ (praise be to you), Pope Francis’ encyclical on the environment, was widely applauded two years ago, while prompting predictable suspicions that it had sprung from a dangerous lefty.

It certainly offered arresting language. “The Earth, our home,” wrote Francis, “is beginning to look like an immense pile of filth in many parts of the planet.” He was urging “a deep communion with the rest of nature” in terms refuting any Bible-led beliefs in human dominance.

After initial surprise and delight, my thought was for an Irish Columban missionary, Fr Sean McDonagh, who, some 30 years ago, began his crusade for what is now “ecotheology”. Appalled by the destruction of tropical forests in the Philippines, he exhorted his church to recognise such ecological vandalism as of urgent moral concern.

In a succession of eight books, beginning with Care for the Earth (1980), McDonagh has challenged the Vatican’s long neglect of environmental conscience. In this column I welcomed The Greening of the Church (1990), in which he urged a theology that chimed with modern scientific understanding of the planet. In 2006 came Climate Change: A Challenge to Us All.

Laudato Si’ (a warm Italian greeting) could seem to synthesise all McDonagh had been writing, knitting it into a radical critique of capitalism, consumerism and technological hubris. The Pope’s call for an “ecological conversion” brought a reminder that, in nature, everything connects to everything else.

The encyclical had international impact, but McDonagh saw a lack of serious study in Ireland. His new book, Laudato Si’: An Irish Response (Veritas, €14.99) offers nine essays by Irish thinkers of different disciplines, including anthropology, theology, ecology, sociology and climate science. It was launched in TCD this month by Mary Robinson.

Its general tone, inevitably, warmly endorses what one contributor, climate activist Susan Gold, calls Laudato Si’s “disruptive power”. Its acceptance of evolutionary science, for example, comes at a time when 38 per cent of adult Americans accept the creationist view that God created humans some time in the past 10,000 years or so, according to a recent Gallup poll.

Its heartfelt, significant rejection of the culture of human dominance prompts ecologist John Feehan to quote from the Catholic Catechism as recently as 1994. It said that “God willed creation as a gift addressed to man . . . Animals, like plants and inanimate beings, are by nature destined for the common good of past, present and future humanity.”

Laudato Si’ quite failed, on the other hand, to acknowledge human overpopulation as the driver of planetary degradation. I am with Sir David Attenborough that the unstoppable surge of people is “a plague upon the earth”.

The encyclical, which is readily readable on Google, draws its moral concern from religious faith and a consequent need for “stewardship” of God’s creation. It does, however, grant to natural ecosystems “an intrinsic value independent of their usefulness. Each organism, as a creature of God, is good and admirable in itself . . .”

As an ageing atheist, I can only cheer the greening of the church in such an influential manner. But without religious faith, whence cometh my own need to care? One can value nature’s “ecosystem services” quite objectively and selfishly as necessary to human comfort and even survival. But a moral drive of concern for the natural world speaks for deeper emotion.

It embraces the kind of wonder one has felt while watching Blue Planet II, Attenborough’s new and mesmerising ocean exploration, which introduces the chance that life was born in locations similar to the hydrothermal alchemy of the mid-Atlantic ridge. More everyday responses, like everyday love of nature, might be termed “spiritual” without needing to root them in religion.

Sociobiologists such as Edward O Wilson seek a rationale of morality based in our genes. It is an ethical drive that extends to plants and animals in the bond of “biophilia”, an inherent human need to affiliate with life and lifelike processes. One could even call it love.

An instinctive recognition of this need is what empowers the many groups, often urban-based, who volunteer to plant new trees, create or defend green spaces, or, as individuals, simply go out to walk the hills. Biophilia explains the new recognition of the experience of nature as therapy.

In parallel has come a wide capacity for seeing the Earth anew as Gaia, the intricately self-regulating planet of James Lovelock’s splendid revelation. Some have been tempted to elevate Gaia (named after a Greek goddess) to a target of faith, an idea that, as a scientist, Lovelock takes care to disown.

“Gaia should never become a religion,” he wrote in his autobiography, Homage to Gaia, “for then it would need a church and a hierarchy . . . What she does offer is an evolving world view for agnostics and this would require an interactive trust in Gaia, not a blind faith; a trust that accepts that, like us, Gaia has a finite life span and is provisional.”