Who polices the polluters of the State’s rivers, lakes and canals? 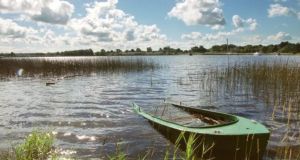 So the agency prosecutes water-pollution case, and it brought nine prosecutions against Irish Water in 2017 for causing pollution to surface water and groundwater, resulting in fines totalling €69,400.

All prosecutions taken by the EPA are published online and regularly updated. The EPA also monitors pig and poultry facilities around the country and has powers to prosecute polluters.

Most cases the agency brings relate to the discharge of untreated waste water into rivers or groundwater - notably a failure to ensure adequate treatment of such water before releasing it back into the environment.

Local authorities, however, are the primary body responsible for enforcing the main Water Pollution Acts.

The EPA collates information from local authorities on farm inspections and other related activities such as septic tank inspections, and it monitors their enforcement of pollution cases on a regular basis.

Role of Department of Agriculture

Farm inspections, to check cross-compliance with the nitrates directive and other EU directives, are undertaken by inspectors from the Department of Agriculture, which can impose penalties for transgressions.

These can be run-offs from land – the main risk to water is from slurries and excessive phosphorus and nitrogen following the spread of fertilisers.

A new water-quality advisory service is operated by Teagasc, with backing from the Department of Agriculture and dairy co-ops. It helps farmers to respond quickly to a discharge on their land - identifying the source and mitigating its impacts.

Inland Fisheries Ireland can also take enforcement action under the Water Pollution Acts when discharges to fisheries-sensitive locations lead to deterioration in water quality and, on occasion, fish kills.

IFI has initiated 19 prosecutions cases so far this year, a spokesman said. “In the context of the Fisheries Acts 1959 to 2017, under which IFI operates, breaches of environmental legislation refer to pollution offences in freshwater waterbodies but also include cases taken for damage to the fisheries habitat.”