Role with Commission for Regulation of Utilities carries starting salary of €133,000 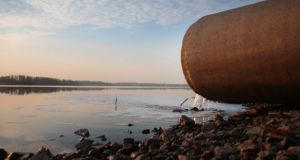 The job will involve protecting Irish Water customers and playing “a key role in the transformation of water and wastewater services in Ireland”. Photograph: iStock

The State’s utility regulator has advertised the role of director of water, a role that will include responsibility for delivering new policies on excessive domestic use of water, as well as for implementing new charging regimes for non-domestic water use.

The job with the Commission for Regulation of Utilities will involve responsibility for the economic regulation of Irish Water, protecting Irish Water customers and playing “a key role in the transformation of water and wastewater services in Ireland”. It carries a starting salary of €132,948 rising to €151,974 for the personal pension contribution rate, or €126,333 rising to €144,421 on the non-personal pension contribution rate.

According to the information booklet for the role, the successful candidate will initially be appointed director of water.

“However, it is expected that the successful candidate would have the flexibility, capability and competency to take on additional functions and to operate effectively as a director in any other of the CRU’s divisions.”

Overseeing the introduction of the new domestic “excessive usage” charging regime will also be among the new director’s responsibilities.

The successful candidate will be expected to have significant senior management experience, nationally or internationally, in the water or utility industry or a regulatory body as well as a strategic understanding of the utility industry in Ireland.

Responsibilities of the CRU include regulating the electricity and natural gas sectors and it is the economic regulator of public water and waste water services in Ireland.

The deadline for applications for the post is July 20th.