‘Do Not Swim’ warning remains at Front Strand, Balbriggan due to poor water quality 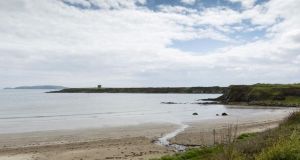 A swimming ban has been lifted on four beaches in north Dublin but remains in place for the Front Strand in Balbriggan.

Fingal County Council said on Saturday afternoon it has lifted “Do Not Swim” notices issued at various stages over the past week for Rush North and Skerries South beaches as well as the Velvet Strand in Portmarnock and Loughshinny.

However, the local authority said it was extending the ban issued for the Front Strand in Balbriggan last Wednesday for a further six days because of poor water quality results from recent tests.

Fingal County Council said the results from water samples taken on Thursday indicated a return to “excellent” water quality at all beaches with the exception of the Front Strand in Balbriggan.

“Investigations are ongoing and no reportable sewage overflows or blockages were found,” the council said.

It said sampling of the River Bracken and bathing water would continue, while an investigation of other sources of contamination was still in progress.

At the request of frequent swimmers, the council said it was issuing further updates on bathing conditions via its Fingal Alerts service which notifies the public of information on specific events via text message, email and the Mapalerter app, in addition to existing communication methods.

Members of the public can also check on the water quality of all monitored bathing waters in Ireland through www.beaches.ie website operated by the Environmental Protection Agency.