Pair are isolating along with number of close contacts 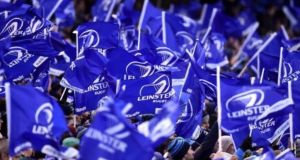 Two Leinster senior players have tested positive for Covid-19 and are self-isolating along with a number of close contacts.

Leinster released a statement that read: “One player was tested outside the PCR [Polymerase Chain Reaction] testing window, after feeling unwell, and is now self-isolating. Further PCR testing was carried out at Leinster Rugby yesterday (Monday) morning on 104 players and staff and 103 tests returned negative results with one senior player testing positive and he is also self-isolating.

“A number of close contacts of the two players have been identified and these players are also self-isolating. The HSE has been informed in accordance with public health guidelines.”

Leinster were due to play Munster in the Guinness Pro14 on December 26th, but that match was postponed due to the fact that Leinster Rugby’s investigations into the outcomes of some of the results from their latest round of Covid-19 PCR testing would not have been returned in time to meet guidelines set by public health authorities in order for the game go ahead as planned.

Leinster will return to training later today ahead of Saturday’s Pro14 game against Connacht at the RDS (7.35pm).

Leinster head coach Leo Cullen confirmed that the Connacht match was going ahead and provided a little detail with regard to the postponement of the Munster game. He explained that in the build-up to the Munster match a number of ‘positives’ came back from the PCR testing that subsequently proved to be negative.

“Yes (the Connacht game is going ahead). We’d 104 people tested yesterday (Monday). We haven’t been in since the start of last week. Everyone has been doing their own thing so to speak because, off the back of last week’s tests which were carried out on a Tuesday leading into the Munster game; because there was uncertainty around some of those tests – probably the best way to describe it – they came back positive and then subsequently negative, but the decision was made to postpone the game.

“So this week, we’ve had one positive case this morning, the results came back the first thing this morning and that player is isolating now. Other than that, we’re good to go.

“We’d one player with symptoms in between, again that was one of the fears for us, because of when we tested and the little bit of uncertainty prevalent in society, people doing family bits over the Christmas period and the game on Stephen’s Day, the decision was made with the PRO14 and all the various medics that that was the right course of action to postpone,” he said.

“We haven’t been in since last week. Everyone came in to test yesterday but not to train, so we’ll train today ahead of Connacht.”