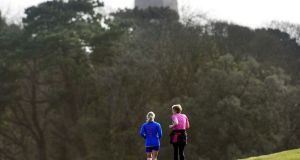 The mainly dry settled weather continued into the New Year as most places recorded the mildest January in five years, Met Éireann has said.

Weak weather fronts passed eastwards early in the second week of the month, followed by a less stable westerly flow. But pressure intensified yet again for the third week and became centred mainly over the near continent and North Sea. This allowed a mainly southeast airflow to prevail.

Then as pressure declined, a freshening southerly flow developed at the beginning of the fourth week ahead of advancing frontal systems from the Atlantic, heralding a change to more unsettled weather for the rest of the month, Met Éireann explained in its monthly weather stats.

All rainfall totals were below average, with the majority of places reporting below half their normal rainfall for the time of year.

Low monthly rainfall totals led to Dublin stations and stations in the east midlands reporting their driest January in 11 years.

All mean air temperatures were above their average with the some stations in the west, northwest and east reporting differences of over 1 degree.

The month’s highest temperature was 12.9 degrees reported at both Shannon Airport, Co Clare, and Roche’s Point, Co Cork on the 24th and 10th, respectively. The month’s lowest air temperature was recorded on the 3rd at Fermoy (Moore Park), Co Cork, with minus 5.7 degrees.