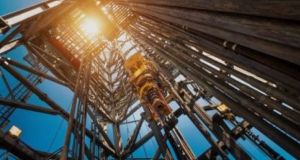 The court said the project must be subject to a new environmental assessment under the EU Habitats Directive. File photograph: Getty

The European Court of Justice has advised the Irish High Court that An Bord Pleanála’s decision in 2018 to extend planning permission for a proposed €500 million liquefied natural gas (LNG) terminal in the Shannon estuary must be subject to a new environmental assessment under the EU Habitats Directive.

The proposed terminal was due to process LNG from the US for consumption in Ireland, and possibly to be distributed throughout the EU. The original permission was granted in 2008.

According to Friends of the Irish Environment (FIE) which brought an initial High Court action, “the judgment is a welcome development of the European Court’s previous jurisprudence and has far reaching implications for other major projects across Europe which will ensure greater protection for the environment”.

The European court ruled on Wednesday that assessment of extensions of the time limit for projects could take into account results of earlier assessments, but would still have to check for changes in environmental data and whether there had been any relevant changes in scientific knowledge.

These could include more up-to-date surveys, changes to the project and possible impact of other plans and projects under the EU Habitats Directive, said Fred Logue, solicitor for FIE.

The judgment came after a reference to the European Court by Mr Justice Garett Simons in early 2019. References seek clarification of cases before national courts where a question of EU law arises.

The court found it was for the “competent authority” to decide if appropriate assessment was needed in the Shannon LNG case, so it would reopen in the Irish court for it to apply the interpretation.

The proposal by Shannon LNG Ltd is for four liquefied natural gas tanks, jetties to receive ships with LNG and associated works near Tarbert, Co Kerry. Objectors, including the singer Cher, have raised a range of concerns, including about its proposed use of fracked gas.

The decision throws fresh doubt over the the project, the abandonment of which was a core demand of the Green Party as a precondition for government formation talks.

The Programme for Government states, “as Ireland moves towards carbon neutrality, we do not believe that it make sense to develop LNG gas import terminals importing fracked gas. Accordingly, we shall withdraw the Shannon LNG terminal from the EU Projects of Common Interest (PCI) list in 2021. We do not support the importation of fracked gas and shall develop a policy statement to establish that approach.”

The list includes what are considered key energy infrastructure projects of EU significance.

FIE argued planning permission should not have been extended to 2023 without environmental assessment as special protection areas in the Shannon Estuary where the terminal was to be built had been extended in the interim.

An Bord Pleanála, which granted permission under the fast-track provisions for strategic infrastructure, submitted there was no change to the planned development so the case did not have to be reconsidered before extending permission.

Advocate general Juliane Kokott in an opinion issued in April found that to ensure “complete, precise, and definitive statements that are capable of dispelling any reasonable scientific doubt as to the impact” the permission should not have been renewed without an environmental impact assessment.

“Already in 2008 that development consent did not contain complete, precise and definitive findings and conclusions capable of removing all reasonable scientific doubt as to the effects of the proposed works in the area,” she said. “It is certainly incapable nowadays of ruling out the risk that the area would be adversely affected.”

The State, according to the advocate general, was required to now “close any gaps” before extending the permission.

In July anti-fracking campaigners called on the Government to follow through on commitments to prevent development of new fracked gas importation terminals in Ireland, by promptly publishing a promised energy policy statement.