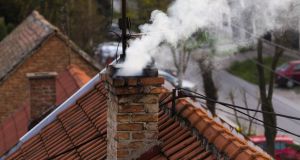 Friends of the Earth, along with a number of other climate groups, has called on the Government to revise the mandates of Ireland’s public bodies to ensure reliable, secure and climate-safe energy generation and distribution.

The ESB, Gas Networks Ireland and the Commission for Regulation of Utilities risk locking Ireland into fossil fuels use for decades, according to a Friends of the Earth report.

The report says the mandates of the ESB and Gas Networks Ireland allow for continued – and potentially increasing – investment in fossil fuels, which is contrary to Government commitments on tackling climate change.

“An examination of their current investment plans reveals they plan to expand fossil fuel infrastructure and continue to subsidise fossil gas investment and usage,” the environmental group ’s report warned.

“These plans are at odds with decarbonisation objectives, are likely to ‘lock-in’ carbon-intensive high emissions and, furthermore, undermine investment in energy conservation and renewable generation, and the goal of net zero emissions by 2050.”

The ESB, Gas Networks Ireland and energy regulator CRU address decarbonisation in their strategies or mission statements by way of “low-carbon” commitments. However, the Friends of the Earth report states “their respective statutory authorisations – ie mandates – do not specify compliance with national and international climate law, are not fully aligned with Paris Agreement obligations and do not properly address principles of climate justice or sustainable development.

“Their plans are likely to lock in carbon-intensive high emissions and undermine investment in energy conservation and renewable generation,” it says.

Friends of the Earth spokeswoman Meaghan Carmody said: “Ploughing money into these investments is not only fuelling the climate crisis, it’s also exposing public bodies to the risk of stranded assets at ultimate cost to taxpayers.”

Ireland’s energy demand is likely to grow by up to 50 per cent, she added, noting that Eirgrid analysis showed data centres and large energy users could account for 27 per cent of electricity demand in Ireland by 2028. “The ESB plans to build more fossil gas power stations to meet this demand, in conflict with climate obligations,” she added.

Friends of the Earth, along with a number of other climate groups, has called on the Government to revise the mandates of Ireland’s public bodies to ensure reliable, secure and climate-safe energy generation and distribution. “Public bodies currently tasked with managing our energy system are offering no promises to reduce carbon emissions. Reducing carbon emissions from the energy sector can only happen by cutting out fossil fuels,” they said.

The 2015 Climate Action and Low Carbon Development Act must be amended under the Government commitment to a new climate amendment Bill within its first 100 days, and public bodies should be required not merely to have regard to 2050 and interim targets, but to perform their functions in a manner consistent with such targets and associated carbon budgets.

They should be mandated to produce climate stress tests, set out human rights and environmental due diligence procedures, and report on environmental and social impacts, she argued.

A spokesman for CRU said climate action and the transition to a low-carbon future were at the heart of its strategy and policy-decision process. “The CRU does not perceive barriers within its current mandate to deliver on this ambition and operates within the evolving European and national frameworks regarding climate action and the energy transition,” he added.

The CRU is open to clarity and rationalisation to the current legislative framework and would continue to work with all stakeholders as the role of regulation continues to evolve, the spokesman said.

“Transition to a sustainable energy future will require fundamental change in the way we source, transport and use energy,” he acknowledged. “The CRU will work to protect the public interest, as we ensure a sustainable and secure transition, with transparent, reasonable and competitive prices for all consumers of energy, and customer protection throughout.”

1 One hundred Irish retailers for all your online Christmas shopping
2 Covid-19: Pressure over breakdown in tracing system intensifies as State enters Level 5
3 Nearly 400 Brazilians have tested positive for Covid-19 in Ireland, data shows
4 Gym owner plans to defy restrictions and open
5 Miriam Lord: All test and no trace makes Jack, and heaven knows who else, a very ill boy
Real news has value SUBSCRIBE