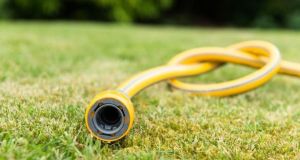 Households found to be in breach of the ban can be fined €125. Photograph: iStock

Irish Water did not issue a single fine to households for breaching the previous hosepipe ban introduced during the summer of 2018.

The water utility introduced a nationwide hosepipe ban for a six-week period last Tuesday, due to pressure on the network following an exceptionally dry spring.

Households can be fined €125 for failing to adhere to the ban, officially called a water conservation order.

However, Irish Water has confirmed it did not issue any fines during the last hosepipe ban, which lasted from July to September 2018.

A spokeswoman said “during the last water conservation order in 2018, the public responded positively and worked with us to safeguard our water supplies and no fines were issued”.

Several hundred households were reported to Irish Water by neighbours over suspected breaches during the 2018 ban, and staff from the utility had visited those homes to remind the occupants of the impact wasting water had on the wider network.

The current hosepipe ban is in place until July 21st, unless it is extended further.

A spokeswoman for Irish Water said “unfortunately short periods of rainfall, such as those we have experienced this week, are not sufficient to return raw water sources to normal levels”.

Despite the rainfall this week, the number of water schemes at drought levels has actually increased from 27 to 30. Schemes at risk of drought have increased from 50 to 51, since the hosepipe ban was introduced, the spokeswoman said.

Irish Water said it would need a minimum accumulation of 100mm of rainfall over a number of weeks, and a return to normal rainfall levels thereafter, to ease the threat to the country’s water supply.

Rain showers are forecast for the coming weekend, with the potential for heavy downpours on Sunday.

Met Éireann meteorologist Jean Byrne said over the next seven days Ulster and Connaught could see up to 35mm of rain. Parts of Leinster and Munster will see heavier rain over the same period, with forecasts predicting between 35-50mm of rainfall, she said.

Increased handwashing associated with the coronavirus pandemic, and people spending more time at home during the lockdown, has led to an upsurge in domestic water demand.

The water network also continues to face problems with leaks, with around 40 per cent of treated water lost through leaky pipes, which in parts of Dublin date back to the Victorian-era.