Naughten admits plan to cut carbon emissions is not working 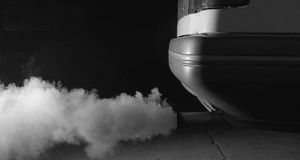 The Government’s plan to address climate change by reducing carbon emissions and adopting renewable energy is not working, the Minister for Climate Action and Environment has conceded.

Denis Naughten has said the National Mitigation Plan, which was adopted in 2017, is expected to be radically revised in coming months with the move to “reopen” the strategy to go before the Cabinet shortly.

A consultation process will be held before the plan is incorporated in full into a draft “climate and energy plan” that all European Union member states must submit to the European Commission by the end of the year.

In an interview with The Irish Times, Mr Naughten acknowledged changed circumstances, including the latest “very disappointing” Environmental Protection Agency figures, which showed Ireland was locked into a trend of rising CO2 emissions.

Ireland, he said, faced huge immediate challenges trying to meet binding 2020 EU targets for renewable energy – and a likelihood of substantial fines based on current trajectories.

There had been, however, “a fundamental shift in the approach of the Government”, he said, combined with greater public consciousness of the need for climate action. He noted the Government’s commitment to spending €22 billion over the next decade in addressing climate change through the National Development Plan – equivalent to €1 in every €5 being spent on capital investment.

This, combined with a series of recent initiatives on renewable energy, would enable a detailed “long-term road map on decarbonising the Irish economy out to 2050” to be set, he said.

This would also be included in the climate and energy plan submitted to Brussels. The work of a new Oireachtas Committee on Climate Change, which is to sit for a fixed term and begin hearings next month, would feed into this process.

Mr Naughten said a revised draft Clean Air Strategy is due to be published by the end of 2018. Addressing the issue was the best way to pursue action on climate “in the here and now”, rather than treat it as the next generation’s problem.

He underlined the need to “bring people along with us rather than alienating communities”, which he believed was a factor in the lack of investment in climate action in recent years.