Full minister for housing should be a priority, conference told 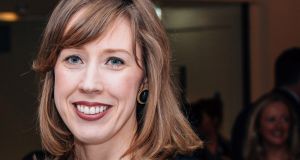 Irish Planning Institute president Deirdre Fallon: independence essential to ensure “planning mistakes of the past” are not repeated

Appointing an independent planning regulator, and a full minister for housing and planning, must be priorities of the next government, the Irish Planning Institute annual conference heard.

Almost four years ago, the Mahon tribunal report recommended the establishment of an independent regulator. However, the Bill drafted by the Government curtailed the powers of this to an advisory role to the Minister for the Environment.

This Bill was not made law before the general election and, IPI president Deirdre Fallon said there was now an opportunity to revisit its terms to create a stronger planning regulator.

“There is a clear need for the immediate establishment of the office of the planning regulator, but with full enforcement powers to ensure that the recommendations of the Mahon tribunal are fully implemented.”

Independence was essential to ensure “planning mistakes of the past” were not repeated in the rush to build housing, she said. “Rather we must continue to focus on the right development, in the right place, with the right infrastructure, to ensure quality and long-term viability.”

Local authorities need to play a bigger part in providing housing, through acquiring vacant land that was privately held and zoned for housing but not being used.

“More powers are needed to unlock land for housing, such as through central funding to allow local authorities to purchase vacant or underutilised sites or through the funding of essential infrastructure.” A large amount of land with planning permission, owned by developers, remains vacant. “We need to examine, in each case the reason for this,” said Ms Fallon.