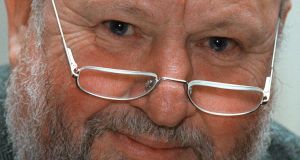 The former city architect for Limerick and Dublin James Barrett has died.

Mr Barrett helped transform much of the capital in the 1990s and 2000s, his many projects including the Liffey Boardwalk, the Spire in O’Connell Street and the restoration of City Hall.

“The quality of architecture in Dublin has improved enormously,” he once said of his city canvas, “there’s a tremendous energy out there and I’ve been more than happy to get the chance to tap into it and do something.”

Mr Barrett began his civic duties in Limerick where his vision helped turn the city to face the Shannon, precipitating a riverside regeneration of apartments, offices and commercial space.

He was a defender of high rise schemes and, having relocated to Dublin, worked closely with the City Council’s former manager John Fitzgerald to improve its public spaces.

He played key roles in the €5.7 million restoration of Dublin’s City Hall, the renewal of Smithfield, the Millennium footbridge and the James Joyce bridge at Blackhall Place among other projects, before eventually retiring from the public sector in 2007.

Mr Barrett died on Tuesday at St Vincent’s Hospital in Dublin, in the company of his family.

He is survived by his wife Carmel, children Nóra, Diarmuid and Séamus, grandson Dónal and siblings Pat, Richard and Eva.