Unesco concerned over authorisation of island as a film set 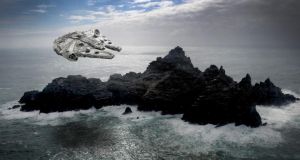 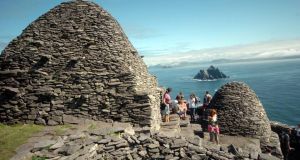 Cast and crew of the upcoming movie – including director JJ Abrams – have been arriving over the past few days and the World Heritage site is currently on lockdown with tight security and even an Irish navy ship monitoring the waters around the island.

Actor Mark Hamill – who portrayed Luke Skywalker in the original trilogy – is also at the film set this afternoon.

Unesco’s Word Heritage Centre has made inquiries about State authorisation for use of Skellig Michael as a film set.

A Unesco spokesman has confirmed that the international body has asked the National Monuments Service for “information on the filming permission”.

Skellig Michael is a designated Unesco World Heritage site, and a special protection area under the EU habitats directive, and both Birdwatch Ireland and independent archaeologist Michael Gibbons have expressed concern about the impact of a film crew on the fragile environment.

Unesco said it was not aware of any advance notification by the State, but governments are not obliged to inform it about such projects, unless there was a potential risk to the “outstanding universal value” of the world heritage location.

It said that the National Monuments Service has informed it that it was “examining the issue” and had said a report would be submitted to Unesco “later this week” – by which time filming is expected to be over.

The Irish Film Board said the filming programme “has been designed specifically to avoid disturbance of breeding birds on the island”.

However, Birdwatch Ireland’s senior conservation officer for seabirds, Steven Newton, said he did not envision how this could be possible in the middle of the breeding season for thousands of pairs of puffins, Manx shearwaters and the tiny storm petrels which use underground burrows for nesting sites.

Birdwatch Ireland intends to pursue the matter with the European Commission, and said it would like to see the screening report produced by consultants ahead of filming which would have informed NPWS authorisation.