Fall in seizures of drugs that induce abortion 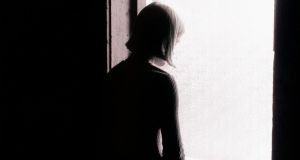 A spokeswoman for a pro-choice group in the Republic said they were aware women were inducing abortions in Ireland and anecdotally “hear it is happening more and more”.

The number of abortion-inducing drugs seized by Customs coming in to Ireland has dropped by more than half in the last four years, according to new figures supplied by the Irish Medicines Board and the Revenue Commissioners.

But Irish women continue to obtain drugs on the internet to induce abortion, including through a women’s website which posts the medication to addresses in Northern Ireland nominated by women from the Republic.

In 2009, more than 1,200 tablets containing Misoprostol and Mifepristone, the most common abortion-inducing drugs, were seized from 62 detentions by customs and the Irish Medicines Board. This fell to 671 tablets from 40 detentions in 2010, to 635 tablets from 28 detentions in 2011 and to 487 tablets in 2012 from 25 detentions. So far this year, 194 tablets have been seized.

The sale of prescription only medicines by mail order is prohibited in Ireland, including supply via the internet. When a package containing such a drug is detected in the post it is detained and the board makes contact with the person to whom it is addressed and advises them of the legal position. The packages are then destroyed. The board also works with agencies in other countries to stop or curtail supplies.

No guarantees
A spokeswoman for the board emphasised the unregulated nature of the internet and said there could be no guarantees that items bought online were “effective, safe or of an acceptable standard or quality”. The board was concerned about “the potential risks for patient health associated with online purchase of any prescription medicine and in relation to any attempt to self-medicate”.

Asked why the number of seizures had come down, the spokeswoman said it could be attributed to easier access to the morning-after pill in Ireland, emergency contraception taken after unprotected sex to prevent pregnancy. Asked whether reductions in staff or resources might have affected seizures, she described levels of detentions of illegal medicines as “consistent”. This was as a result of “proactive action” between the board and revenue. There is evidence that such drugs are getting through to Irish women.

A senior figure in a UK-based organisation which provides abortions to 2,000 women a year from Ireland, said a percentage attend clinics in the UK having self-administered abortifacients to little or no effect.

“The problem with women getting drugs on the internet is about being able to have confidence that the medication they get will bring about an end to the pregnancy,” she said. Women who obtain the drug from certain established organisations can be “pretty confident” they are getting the product they expect, she said. Women who have tried self-administration and then travel usually have obtained the drugs from a different source. When the right medication is taken at the right dose and time, it is “a safe and effective way to induce an abortion”, she said.

“The problem is in a country where women are resorting to obtaining medication themselves and administering it themselves, there is no adequate infrastructure around them to help them if they need help,” the senior figure said.

Inducing abortions
A spokeswoman for a pro-choice group in the Republic said they were aware women were inducing abortions in Ireland and anecdotally “hear it is happening more and more”.

“Women are having difficulties raising the money to travel to England,” she said. “It costs €90 compared to between €400 and €1,000 to travel. Until the abortion ban is lifted in Ireland, we will see more of this and we will also see backstreet abortions.”

In a statement to The Irish Times an organisation based in the Netherlands said it had been supplying Misoprostol and Mifepristone for more than five years. “We ask for a €90 donation because that is the minimum amount that is required to help a woman with an unwanted pregnancy to access a safe abortion,” it said.

I got in contact with the Women on Web website as soon as I found out I was pregnant in 2010. I was in a relationship and in college. There was no way I could support a child; I hadn’t been working and wasn’t entitled to any benefits; I couldn’t get maternity benefit because I had no job, I couldn’t get jobseeker’s because I wasn’t available for work and because I was living with the guy, I couldn’t get lone parents’ allowance.

I talked to my partner. He asked me to think about it for a while. I did and I knew I couldn’t afford to go through with it.

You fill out a questionnaire to consult the doctor on line and to see if you fit the criteria to ensure it is as safe as possible. You have to be less than nine weeks’ pregnant.

They trust you to give the true answers; they trust women. I felt it was far safer than trying a backstreet abortion. I don’t know what I would have done otherwise.

They sent the drugs to an address in Northern Ireland, to a friend of a friend. There were delays in getting it so that was stressful; I didn’t have the money to pay for a second one. But then it got sorted and a friend brought it down for me. I took it in the house I was renting, my partner was with me.

I wasn’t expecting the level of pain there was, but the process went fine, like a heavy period. I was under the nine-week threshold. I think 91 per cent of abortions are before nine weeks.

I have no regrets, I have a daughter now and I can provide for her; we’re not well off but we are not living in poverty. I have the chance to give my child what she needs.

I am angry because I have wanted to talk about this publicly for months. The reason I’m not [using my name] is that I’m afraid I’ll be put in jail. I face a life sentence for what I’ve done at the moment. I don’t want to be silenced; that’s what this country has forced me to do.

*Not her real name

In conversation with Fiona Gartland