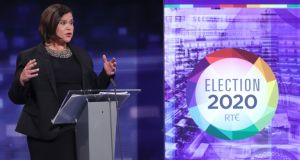 Do carbon taxes reduce emissions, and have they done so in Ireland?

On Tuesday night’s RTÉ leaders’ debate, Sinn Féin president Mary Lou McDonald made a series of claims about carbon taxes. She said that “carbon taxes in and of themselves do not reduce emissions” and then that “we have carbon taxes already, they haven’t shifted behaviour and they haven’t reduced emissions. In fact all of the evidence moves in the other direction”.

Upon what is Sinn Féin basing its claims?

Sinn Féin did not respond to a request for evidence for these claims. The party’s manifesto is slightly more nuanced, stating that it is against “carbon tax increases in the absence of viable alternatives”. However, we can’t assume that a viewer who heard the claim would also have read the manifesto, therefore we will focus only on the claim made during the debate.

The first part of the claim – that “carbon taxes in and of themselves do not reduce emissions” – is slightly ambiguous. Of course, it is true that there is nothing written in the laws of physics which means increasing a tax will automatically result in a reduction in emissions.

However, that’s not how many taxes work. From cigarettes and alcohol to the plastic bag tax to targeted stamp duty reforms aimed at encouraging homebuilding, taxes are introduced all the time based on their anticipated behavioural outcome.

Carbon taxes aim to make more polluting options more expensive, and encourage investment by businesses and households in cleaner options. This was outlined by John FitzGerald, the chair of the Climate Change Advisory Council to the Oireachtas Committee on Budgetary Oversight last year.

Dr Muireann Lynch, an ESRI researcher who has examined carbon taxes alongside her colleague Miguel Angel Tovar, says that from an economic point of view, as prices adjust, so does demand.

“What we clearly observe in the data is that goods and services follow the law of demand,” she says. This is the principle underpinning carbon taxes. “If you increase the price, demand will reduce and emissions will reduce,” explains Lynch.

So, that’s the theory, but does a carbon tax reduce emissions?

In the UK, a carbon tax has been credited with reduced usage of coal and reductions in C02 emissions. C02 emissions in the UK have dropped significantly since then, according to climate science and energy policy website Carbon Brief, resulting in the lowest C02 emissions since 1890.

One of the first countries in the world to introduce such a tax was Sweden, in 1991. A study last year looked at the period from 1990-2005, specifically focusing on the transport sector as it provides the vast majority of carbon tax revenue in Sweden.

The author has argued that her research methods produce more reliable results than previous studies which have found little or no impact on emissions from carbon taxes.

From the available evidence, it is clear that recent research supports the thesis that carbon taxes reduce emissions.

The second part of McDonald’s claim relates to Ireland specifically. Ireland introduced a small carbon tax in 2010, and it is true that our greenhouse gas emissions have been increasing in recent years. The Environmental Protection Agency reported that Ireland had emissions of 60.74 million tonnes carbon dioxide equivalent in 2017, up from 57.1 million in 2014. However, most experts agree that this is due to a variety of factors.

There is also widespread dissatisfaction among experts over the price charged for carbon in Ireland. Cara Augustenborg, an Environmental Policy Fellow in UCD, says that “the current carbon tax in Ireland of €26/tonne is too low to influence behavioural change”.

Prof John Sweeney, professor emeritus of geography at Maynooth University says the current tax equates to five cents per litre of diesel or petrol, “and this is unlikely to dissuade drivers from driving as usual to any significant degree”. He says that a price of €200 per tonne should be the aim for 2050. “This would be a challenge, but a dose of realism is needed.”

Lynch’s research suggests that a heavier tax of €80 per tonne would reduce emissions by 10.24 per cent in Ireland.

Sinn Féin also has well-founded concerns about how regressive the tax is, although the ESRI suggests the effects can be managed. Prof Sweeney has warned that the debate on climate change has become too focused on carbon taxes because “politicians feel comfortable talking about taxes rather than more fundamental social and economic changes”, which is a wider debate.

Our verdict on Mary Lou McDonald’s claims is that they are mixed, ie partially true and partially untrue. It is not true to say that carbon taxes do not reduce emissions when there is recent evidence, as cited above, from the UK and Sweden that they can be effective.

Neither is it totally fair to say the carbon tax has had no impact on Ireland, although it is difficult to say exactly how much of an impact it has had, and certainly the tax has been part of a policy response that has been ineffective at reducing emissions so far.

Nonetheless, the most recent research indicates that an effective carbon tax would have an impact in driving down emissions, and experts agree that while the Irish carbon tax has not been part of a successful response so far, they remain largely supportive of carbon taxes in principle.