Restrictions will apply from 7pm to 7am until at least Tuesday 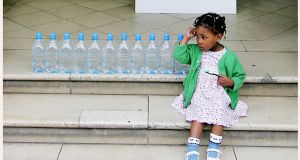 The duration of nightly water restrictions in the Dublin area is to be extended from this evening onwards due to continuing low levels of treated drinking water in the Stillorgan reservoir.

Dublin City Council has had water restrictions in place since Thursday, with nightly restrictions from 10pm onwards to between 7am and 9am. However, the council announced yesterday that, having conducted analysis of water levels at the reservoir over the past three days, that it will be extending water restrictions to 12 hours per day from 7pm to 7am.

The restrictions will remain in place until the morning of Tuesday April 2nd across the Dublin region after which point a further review of water levels will be conducted to determine if water levels in the reservoir have recovered sufficiently to allow the current restrictions to be lifted.

In a statement the council said that, despite the restrictions of recent days which had resulted in some additional capacity, water levels “still remain below a normal and sustainable level”.

“We will make every effort possible to maintain water pressures during peak demand periods, but pressures will be reduced during the times indicated above. This will result in consumers across the entire city experiencing lower pressures or in some cases a possible loss of supply,” the statement read.

The council said that the reasons behind the shortage was due to a higher than normal demand due to the unseasonably cold weather which has resulted in an increase in leakage as well as a “production issue” the council’s Roundwood Water Treatment Plant.

It stressed that there is no problem with the quality of treated drinking water or with storage levels of untreated/raw water.