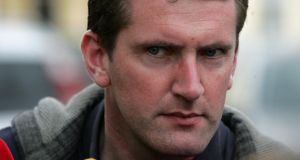 Labour TD Aodhán Ó Ríordáin: Fingal County Council will be putting the facility “beside the homes of residents in the Dublin City Council area who were not included in the consultation process”. Photograph: Frank Miller

Plans for a wastewater treatment plant in Clonshaugh, north Dublin, have been criticised by local TDs who say the Fingal County Council facility will mostly affect residents in the Dublin City Council area.

Dublin North Central Labour TD Aodhán Ó Ríordáin yesterday said Fingal will be putting the facility “beside the homes of residents in the Dublin City Council area who were not included in the consultation process”.

Terence Flanagan, a Dublin North East Fine Gael TD, said he had “substantial concerns” about the location, adding that constituents had contacted him “about the negative effect that the plant would have on their community”.

Sense of relief
Opposition groups in Fingal vowed to continue campaigning against the construction of the plant but said there was now a sense of relief among the residents of Rush and Lusk – the main centres of opposition.

“The general reaction in the northern end of the county is relief that it’s not close to us,” said Reclaim Fingal chairman Brian Hosford. “But in terms of the marine outfall . . . it doesn’t recognise any boundaries really.”

Mr Hosford said there was “great sympathy” for the people of Clonshaugh, adding they would be supported by the campaign group.

Fianna Fáil Fingal councillor Eoghan O’Brien said the best option for defeating the proposal would be to lodge strong opposition when the plans are presented to An Bord Pleanála next year.

About 100 landowners will be affected when work begins on the site and pipeline corridors. Fingal County Council will write to them this week outlining the nature of the work required.

Until planning approval is obtained for the Clonshaugh site, Annsbrook and Newtowncorduff will remain possible options for the project.