Why is a valuable alternative to the Leaving Cert being neglected?

Numbers completing the Leaving Cert Applied are falling due to stigma, say teachers 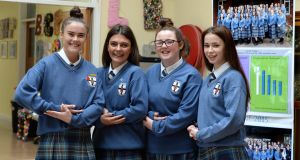 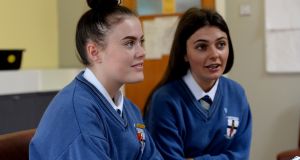 The Leaving Cert is regularly criticised for its pressure cooker-style final exams and rote-learning.

Wouldn’t it be better if there was a more practical option for students who struggle with the Leaving but could flourish if tested on a broader range of their abilities?

There is, in fact.

The only problem, say teachers, is that it is being neglected by policy-makers and damaged by the perception that it is only for “weaker” students.

About 2,814 students will take the Leaving Cert Applied (LCA) this year, a 13 per cent drop over the past five years.

Work experience is a significant portion of the course, and marks are awarded for final exams, attendance and course work.

Students also cover traditional areas such as English, maths and Irish, but not in the way most people might recognise: there are shorter exams and a greater focus on project work.

Much of the focus is on preparing students to go into the world of work, though large numbers progress onto post-Leaving Cert courses.

Sandra Joyce, the programme co-ordinator at Rockford Manor, Blackrock, co Dublin, estimates that 95 per cent of its Applied students go onto further study.

In fact, she says, the module approach used in the syllabus is better at preparing students for the demands of college.

With CAO points still the main access route to third level, there remains a stigma around the course: that students who take it are not able for the traditional exam. Teachers and students beg to differ.

“We’re well capable of doing the things that others can do,” says Caitlin McGee, a Leaving Cert Applied student and head girl at Caritas College, Ballyfermot.

She says she chose the LCA because the work experience appealed to her.

Abbie Doyle, who is also taking the programme at Caritas College, says it allows her to get the experience and skills she needs to get a job.

“You have all that on your CV and that’s what employers look for – retail experience and working with customers,” she says.

Students such as Abbie Doyle say they learn much better by working in groups and projects, rather than reading from a book.

“I wouldn’t get a lot from reading books, it just goes. Once I’m doing the work, it sticks better.”

If students are so happy with it, why are numbers falling?

Noel Kelly, the programme co-ordinator at Greenhills College, Dublin, says the assumption that students end up in it because of behavioural issues is damaging. “The attitude that it’s only for certain students needs to change,” he says. “The LCA is a very valid programme.”

Sandra Joyce also highlights a problem with the course material, which she says has not been properly updated since it was introduced in 1995. Students, for example, are still asked to change Irish punts to euro on the maths syllabus.

As students, the girls at Caritas College say they too have experienced misconceptions about the course.

“Someone would come over and say ‘that’s for stupid people who count apples, they obviously can’t do it as well as we can’,” says Abbie Doyle.

The only difference between the Leaving and the Applied version, she says, is that one is more practical than the other.

As Doyle puts it “they’re both the same; they just have different ways of learning”.

2,814 - The number of students entered to sit the Leaving Cert Applied this year

690 – The number of students sitting the exam in Dublin, the largest amount in any county