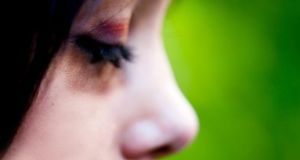 UCD Students’ Union (UCDSU) has announced plans to introduce mandatory workshops on sexual consent for all students and is calling on university management to come “completely on board” and increase funding for the courses.

UCDSU’s announcement coincided with a letter sent by UCD deputy president Mark Rogers to all students on Monday night calling for the university not to show “any tolerance for abusive behaviour on social media”.

Mr Rogers’s letter follows last week’s report from the UCD College Tribune that a large group of male students had reportedly shared explicit images of young women they had sexual relations with through Facebook.

The university is investigating the circumstances surrounding the claims in the hopes of identifying the site and to confirm whether students were involved in posting images of their peers without their consent.

Mr Rogers said the Dean of Agriculture had contacted all students at the faculty asking them to come forward in confidence after the article alleged that students of agricultural science had posted photos.

“While our primary concern is to support any vulnerable student victimised by this alleged activity, any breaches of the student code that are identified may result in sanctions up to and including expulsion from the university,” wrote Mr Rogers.

“This particular allegation brings into stark focus the prevalence in society of postings and comments online which can cause offence and victimisation including: bullying, sexual harassment and discrimination.”

“Funding must be increased to UCD counselling services, and UCD should further commit to reviewing the need for a dedicated support service for survivors of sexual violence following a comprehensive survey of student experience,” said the UCDSU statement.

UCDSU’s announcement follows measures adopted in January by TCD Students’ Union to introduce mandatory classes on sexual consent for new undergraduate students as of next September.

NUI Galway has introduced “smart consent” workshops for some of its students on a pilot basis this academic year.

“We’re not going to pass the buck,” wrote the UCDSU statement released this week.

“We will change ‘lad’ culture in UCD as promised following our election to office.”

Union of Students in Ireland president Kevin O’Donoghue voiced support for the introduction of mandatory sexual consent classes, saying thousands of students begin third level education each year without any understanding of what consent actually means.

“These classes are not just for people who might be perpetrators - they’re also for people who don’t know how to say no or didn’t know that they could say no,” said Mr O’Donoghue.

“It’s important that they’re mandatory. They’re trying to target students who cannot offer an adequate explanation of what consent is.

“It’s not just third level institutions where these classes should be mandatory. Everyone at some stage in their lives should be sat down and consent should be explained to them.”

Author Louise O’Neill, who addresses the issues of sexual assault and rape in her book Asking for It, posted on her Facebook page that she was “physically sickened” by the news that a large group of male UCD students were reportedly sharing and rating nude photos of female acquaintances.

“I want to stand in solidarity with the women whose photos are shared,” wrote O’Neill. “They have done nothing wrong. They are not the ones who should be ashamed or embarrassed or guilty... What message is that giving women? Police yourself.

“I am so tired, so very, very tired of having the same conversation. Aren’t you?”