Technological universities: are they really such a good idea ? 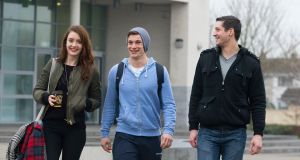 It is the education issue that has largely flown under the radar. Just before the general-election campaign started, the Government rushed to make a significant change to third level. However, it didn’t manage to get the Technological Universities Bill – which proposed to create the space for up to 10 institutes of technology to merge into larger and more powerful “technological universities” – through on time.

This is highly political. Lecturers say the new technological universities (TUs) could be the “Irish Water of higher education”.

Although many parents, students, politicians and business leaders want university status for their local college, some fear this could actually lead to cutbacks and a loss of resources.

Politicians, most notably Minister for Public Expenditure Brendan Howlin, have invested significant capital in bringing a university to their county or region.

The next minister for education is going to have to deal with it. Here is what he or she can expect.

Why do they want to be TUs anyway?

institute of technology, feeling that a city of its size needs a university and that WIT deserves that designation.

As far back as 1999, DIT was hopeful that it too would be recognised as a university; that ambition has not waned since. And CIT keeps scratching the same itch. The status quo prevailed – until 2009.

There was the small matter of a global recession. An Bord Snip Nua set out to make extensive savings in Ireland. It suggested dissolving IT Tallaght and IT Blanchardstown and incorporating them into DIT, and getting rid of duplicated courses and research projects in the process.

It said ITs outside Dublin could also benefit from operating on a larger scale and that they should merge too.

The Hunt report in 2011 further advanced this idea of TUs, both as a way of merging smaller institutions to create centres of excellence and as a cost-saving measure. Then, last year, the Technological Universities Bill was published. Any aspiring TU will have to merge with another institute of technology.

Cork Institute of Technology and IT Tralee are looking at a merger, to become the Munster Technological University. IT Carlow and WIT would merge and become a technological university, as would the three ITs in Dublin.

Sligo IT, Galway-Mayo IT and Letterkenny IT would do likewise. Proponents say it will be good for the institutes, students and staff, and for the social and economic life of the surrounding region.

Cash-strapped institutes of technology have become increasingly reliant on international students who pay big money to study abroad, especially US and Chinese students. Many of these students do not immediately understand what an “institute of technology” is, says DIT president Brian Norton. The term “university” in “technological university”, on the other hand, is known to all.

To get the designation, colleges will have to achieve certain targets in relation to research and quality of teaching.

Norton says mergers will enable better provision of new programmes and that bringing together a particular discipline across three locations means that academics will be able to collaborate better. “The academics would see how best to deliver the programme: it may be that is delivered in all three place,” he says.

Norton adds that departments could share equipment and expertise and collectively formalise links with industry.

So why is the teaching union opposing this?

The Teachers Union of Ireland represents the majority of lecturers in the ITs. Its members have looked at the Bill and they do not like what they see. The TUI says it supports the idea of technological universities but insists the wrong approach is being taken.

We spoke to eight lecturers. They have many concerns, including:

Many lecturers believe the requirement to merge before TU status can be sought is nothing more than a cost-saving measure.

How are the grievances being addressed?

Last month Cork Institute of Technology president Brendan Murphy sent an email to all staff urging them to get behind the bid and providing a “guarantee” that none of the fears outlined by the lecturers would come to pass.

Lecturers responded that these guarantees were not binding – “they’re effectively providing us with a pinky swear,” said one – and that whatever the good intentions of any individual institute of technology, their concerns were based on the contents of the Bill proposed by the Government.

Later, in a press release sent out to address “much inaccurate information [that] has been circulated recently regarding the Munster Technological University”, Murphy said: “What we want is for the project to be warmly welcomed, for everyone to get as excited about it as we are. We have repeatedly tried to engage with all of our people to dispel any doubts or fears they may have.”

In reality, however, this only hints at the mutual anger and distrust between some CIT staff and management.

DIT president Brian Norton says TUs could lead to “bringing together a particular discipline across the three locations and letting academics make decisions on how best to collaborate”.

He says he can understand the concerns of staff and that management are engaging with them, but staff numbers will not be cut because “there will be an increase in student numbers and the number of adult learners coming into the sector, so we will have to grow”.

He accepts that some administrative staff might lose out.

The Cork and Dublin bids have already completed stage three of a four-stage application process.

What do students think?

The Union of Students in Ireland supports the idea of TUs because they would be stronger institutions able to provide better education, but that they have some concerns.

“Staff and students need more than to be told that the details can be worked out once they become a TU, that it will all be grand and not to worry themselves about it,” he says. “I would prefer to wait five or six years and have very strong TUs from the outset.”

It will cost at least €45 million for just two institutes to merge, so the overall bill could easily reach €90 million. The institutes will bear the brunt of costs themselves; there is a fear that students – through higher fees – and taxpayers will ultimately pick up the tab.

Lecturers are resentful that this money can be found when the sector has suffered such severe cutbacks elsewhere.

TUI members in Waterford, Cork and Tralee have balloted for strike action, and staff in the three Dublin I

Ts are coming close to the same point. They all say that there has been little or no meaningful consultation.

Should they be worried?

In December 2014, Higher Education Authority chief executive Tom Boland wrote to CIT president Brendan Murphy and IT Tralee president Oliver Murphy and said that a technological university could only go ahead if the consortium implemented the expert panel’s recommendations.

One of the key recommendations was rationalisation and an end to duplication of resources; courses would have to be merged and staff numbers would have to fall.

There is an argument to be had in favour of eradicating a few dozen small courses that are weak and merging them together to make stronger, more streamlined programmes – which might be good for higher education but harmful to staff on the ground.

There is also a danger that the system will effectively remain as it is, but with a new tier of branding, administration and bureaucracy costing millions of euro.