Suicide aftermath: how schools cope after a tragic death 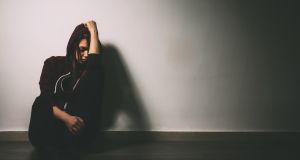 Teachers often wonder what they should do and whether they could have prevented a tragedy. Photograph: iStock

How can a school cope with that empty desk in the classroom? Just yesterday, the student was there. Today, they are gone, lost to suicide at a young age. The sudden death of a young person turns a school upside-down, leaving their classmates distraught and vulnerable.

Teachers have to help the students through the trauma and the principal needs to manage the crisis while ultimately returning to some kind of normality. It’s an enormous and highly sensitive task.

Last year, there were 77 suicides among secondary school students, with 66 boys and 11 girls losing their lives. The youngest was just 12 years-old. But it’s not the only crisis that can hit a school, with children, parents and teachers among those who can be lost to accidents or illness.

In 2005, five schoolgirls died in a Co Meath bus crash. Principals and teachers also deal with child abuse, community disasters and disappearances as well as robberies and violent crimes, students becoming ill and requiring medical attention and trauma from witnessing a distressing incident.

On Valentine’s night 1981, 48 young people died and 214 were injured in the Stardust disaster when fire engulfed a disco on Dublin’s northside, devastating the local community and many schools particularly in the north Dublin area.

Teachers wonder what they should do and whether they could have prevented a tragedy. Children struggle.

Shane Moran is a counselling psychologist, teacher and chaplain with 20 years of experience in education. Drawing on his experience, he has written a book, The Clouds That Can Surround A School, which focuses on responding to and managing a critical incident. It’s a timely, concise and necessary read for educators and, Moran hopes, will be a useful resource.

“A few years back, I was asked to attend a school after a suicide to help management cope with the trauma,” says Moran, who works in Largy College, a secondary school in Clones. “They really wanted to help the staff and students through this very hard time, but there was some chaos. The principal tried to take it on by himself, while other staff were left blind.

“So, using what’s known as the pyramid model, we focused on the most at-risk students and proceeded to get consent from parents to help them through the days ahead.”

Teachers wonder what they should do and whether they could have prevented a tragedy. Children struggle.

“A young person is talking to their friend one night and the next day they are dead. That is such a trauma,” says Moran. “We need to touch base with that student, reassuring them and assessing their mental health and to make sure they are not isolated. If I have concerns, I feed these back to the team.”

With his support and guidance, Cavan-Monaghan ETB has developed a set of guidelines that swing into action when a school experiences a critical incident. It’s backed by a network of professionals and it is one that other schools and ETBs are looking to as a best-practice model.

In the days after the crisis, Moran meets with psychologists from the National Educational Psychological Service (Neps) and draws up an hour-by-hour plan. Memorials have to be addressed sensitively, some level of normality is best for the school and the most vulnerable staff and students need to be supported.

It’s a model built on bitter experience, with Cavan and Monaghan having experienced significant levels of tragedy in recent years. Addiction, social and family problems, inward migration from Dublin coupled with disconnection from the local community, poverty and unemployment and lack of local facilities have all played their part.

“I’m like a firefighter, dealing with the aftermath of crisis but I’d much rather we try to prevent the fires in the first place, and this requires investment in guidance counselling and student support,” he says.

“School is a second home and place of safety and stability for young people. When something happens to our kids, we feel this trauma here.”

In the days after a loss, the whole school feels what Moran calls the “wallop effect”. In the book, he outlines advice for principals in how to deal with the media, how to work with Neps, how to strike a balance between providing an outlet for grief and upending the school for weeks on end and, ultimately, how to return to normal.

“It is a tough time for the school but, in my experience, they become stronger after a severe critical incident. They pull together and become more resilient. The staff become kinder. There’s a shared solidarity and a sense that they can get through this together.”

The Clouds That Can Surround A School by Shane Moran is available on Amazon, in Eason’s or by calling Largy College, tel: 047 51132

For support in tough times, contact the Samaritans on freephone 116123, or email jo@samaritans.org

A principal’s view: ‘Nothing can prepare you emotionally for the experience’

“Death can visit the school community at the most unexpected times. It can be a normal school day, during holidays or at exam time. As both a principal and, previously, a deputy, I have dealt with the aftermath of the sudden and unexpected deaths of students, parents and, in one incident, a colleague.

“Being prepared for these events is so important and that is why the critical incident plan is so important. Sometimes, especially if someone is sick, you know you will need to activate the plan and waiting for this sadness can be very draining. But nothing can prepare you emotionally for the experience.

“Critical incidents are demanding. The school community looks to you for leadership. No two schools are the same and while other principals understand, they’re not in your shoes. It is so important to look after yourself and your staff, enabling them to support each other and the students. External agencies are experienced, local clergy can be of assistance and the wider community anxious to help. Reach out for the support and help that is available and accept it, but school leaders also need to rely on their own knowledge of the school and community.

“In the aftermath of a critical incident it is important to recognise that the ‘wallop effect’ will hit, often days or even weeks later, when you have a moment to think. During all these critical incidents, what has struck me is the resilience of our young people and the strength of our teachers in how they support each other. Being prepared brings a level of comfort and normality and strength to what is the worst crisis that can hit a school community.”